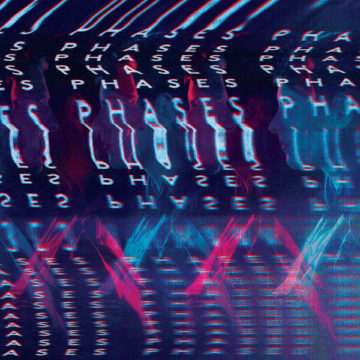 A few years have now passed since 2015’s Black to Gold garnered electronic rock duo Dear Rouge acclaim, accolades, and airplay. Now the Vancouver based band is taking a stab at the charts once again with their latest take on pop rock, Phases.

Inspired by change and reality, Drew and Danielle McTaggart’s latest release as Dear Rouge is arguably an evolution of Black to Gold. Within its ten danceable tracks are songs that touch on topics including obsessive affection, empowerment and even a tribute to Drew’s late cousin.

The whole album is energetic, well refined, and cohesive as a similar sound can be found across almost all of its songs. The two singles that heralded the album’s release provide a decent sampling of what Phases has to offer. “Boys & Blondes” is exuberant, anthemic, and will undoubtedly appear on some 20-something’s summertime soundtrack. Danielle’s vocals forcefully carry the song along over a bed of thunderous bass and steady drums. “Modern Shakedown” is quite a radio-friendly tune with its constant bassline trudging the song along until the bridge breaks away to reveal synthesisers dancing delicately with Danielle’s still rich vocals. Throughout the entirety of the album, things sound remarkably consistent. The lack of significant variation makes the record almost too comfortable as it blends into one big electronic rock blur.

While the core of Dear Rouge is the two McTaggarts, they didn’t create this album alone. Helping along the way were several notable producers, writers, and artists including Tawgs Salter, Sterling Fox, and Dan Mangan among numerous others. The recording process even allowed for a change of scenery as Dear Rouge produced in studios in Toronto, Montreal, Nashville, and Vancouver. Time was also spent in New York City, immersing in the local culture while refining songs. This myriad of influences no doubt shaped how Phases sounds and feels, and it produced a very refined album.

Phases is well produced, has already garnered radio play and will likely please fans of Dear Rouge, but it seems like a bit of a sideways step. While it feels more thoroughly refined and produced than Black to Gold, it doesn’t introduce many new textures or structures to the electronic rock genre. It’s a good album, but it might lack the innovation to be much more than a summertime fling.

I am an Edmonton based musicophile and photographer who loves experiencing music whether it's live or on my turntable. I play seven instruments and go to a lot of concerts.
RELATED ARTICLES
album reviewsdear rougeuniversal music
6.0