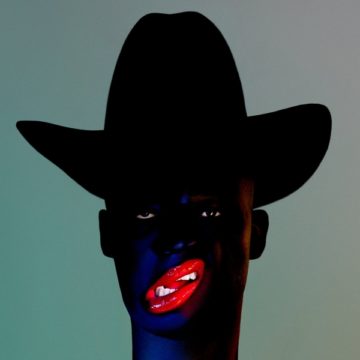 Nothing is easy about Edinburgh-based, genre-defying trio Young Fathers, though that ultimately is what is most arresting about them. Winning the Mercury Prize in 2014 and being heavily supported by trip-hop and electronic pioneers Massive Attack doesn’t hurt their appeal either. In truth, just like their genre and influences are hard to narrow down to a manageable list, it is similarly difficult to narrow down exactly why this album is so intensely engrossing. That struggle in classification and quantification may end up being the crux of the band as a whole – what is easiest to celebrate and appreciate about them is the simple fact that there is no box anywhere that could possibly fit the band inside.

Cocoa Sugar, a title based around the idea of dissonance and opposition, is a much more user-friendly (read: less experimentally noisy) album than past efforts, though the spirit of invention and creativity is very much on show from beginning to end. The album starts strongly enough but launches itself into the creative stratosphere with third track “In My View” and does not come down to Earth until the last note is played almost 30 minutes later. There are so many standout moments and tracks between those two points, but the most moving include the opening choral flurry and following feedback blast of “Lord”, the laissez-faire glory of the vocal delivery in “Wow”, the TV on the Radio feel to “Border Girl” and the fire and fury of the opening verses to “Toy”.

Lyrically, this is a challenging album, but part of the explanation there is that the band admit to using free association and religious references as often as sitting down with a purposeful lyrical focus in mind. Though they are perplexing, the lyrics are equally arresting.  Perhaps the standout in that regard is “Turn”, most notably the line “I didn’t work this damn hard to stay where I belong”.

In terms of the overall sound, it is not the lyrics that captivate as often as the trio’s delivery (all three members sing with no one set as lead vocalist) and instrumentation/production, both of which regularly steal the show. There are more sonic layers to the majority of the songs on this album than is reasonable to attempt to count, with the end result being a density of controlled chaos that resonates at levels that are again (this is definitely a theme) difficult to explain.

Greater minds than mine will likely have greater success qualifying the attributes of this album; perhaps with that in mind, I will let the great mind of Aristotle have the last word on this album and on Young Fathers as a band, that being that “No great mind has ever existed without a touch of madness”.  Here’s to creative madness.

Br. lives in southern Ontario, grew up on The Beatles and The Journeymen, spent his adolescence immersed in grunge, and his adulthood in British alternative. His greatest joy is seeing his son dance and grow into his own appreciation of the indescribable joy of music...
RELATED ARTICLES
album reviewsninja tunetoy
8.0