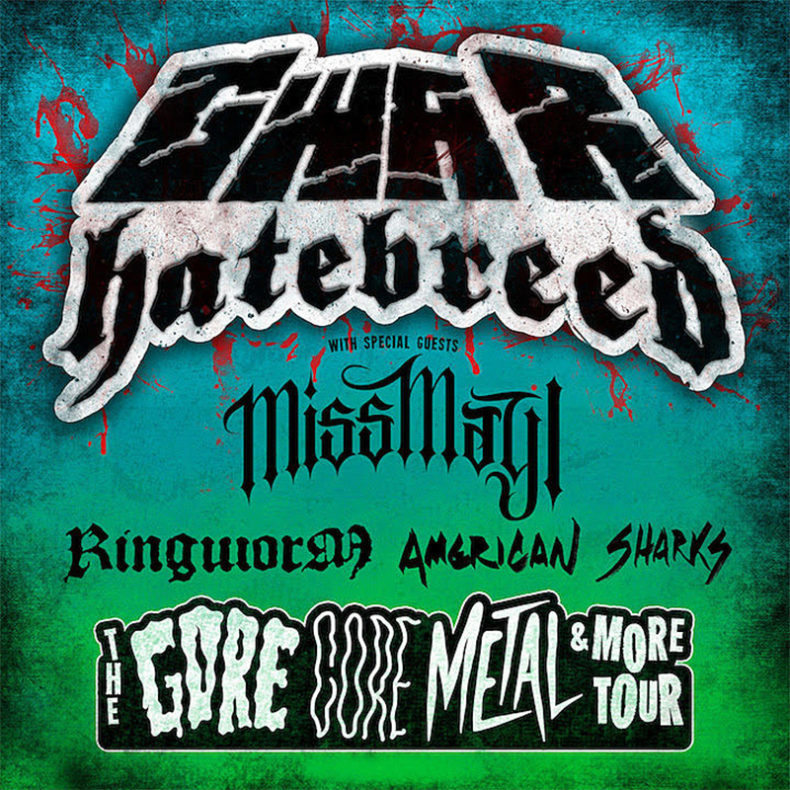 Human Scum!  It is now that time of year and your Lords and Masters GWAR will soon awaken from their Antarctic slumber to devastate North America once again.  The “Gore, Core, Metal and More” tour will be co-headlined by GWAR, and the mighty Hatebreed! This rolling heavy metal nightmare kicks off October 7th, following an appearance from GWAR at the Rock Allegiance Festival in Camden, NJ on October 6th.  A complete list of all dates can be found below.

Before the tour begins, GWARis pleased as a bowl of bloody punch to share with you the new video for their epic song ‘Viking Death Machine,’ taken from their latest opus, 2018’s “The Blood of Gods,” a masterpiece of obscenity chronicling the rise of humanity against their makers, and the massive battle between GWAR and the forces of all that is uptight and wrong with the world. The video was created by Makinita Silva, an Ecuadorian masked Luchador who is also an independent 2-D animator.

Of the video, Blothar has the following to say: “Humans, are you ready to ride the ‘Viking Death Machine’?  Our latest video is a faithful animated schlockumentary depicting my harrowing, blood-drenched defeat of the Load Warriors and the other denizens of Saturday morning raceway hijinx, including all of my fellow bandmates in GWAR. I am delighted to take my rightful place as the King of Cartoon Violence, and champion of the first annual Suck-It-Up-Butter Cup! Watch the video now! It’ll make you shit.”

# With Municipal Waste, High on Fire and Toxic Holocaust

by SPILL NEWS on October 27, 2021
GWAR TO KICK OFF “SCUMDOGS 30th ANNIVERSARY TOUR” Human Scum! After years of waiting, it is now time to return to the venue of your choice to worship your Lords and Masters [...]