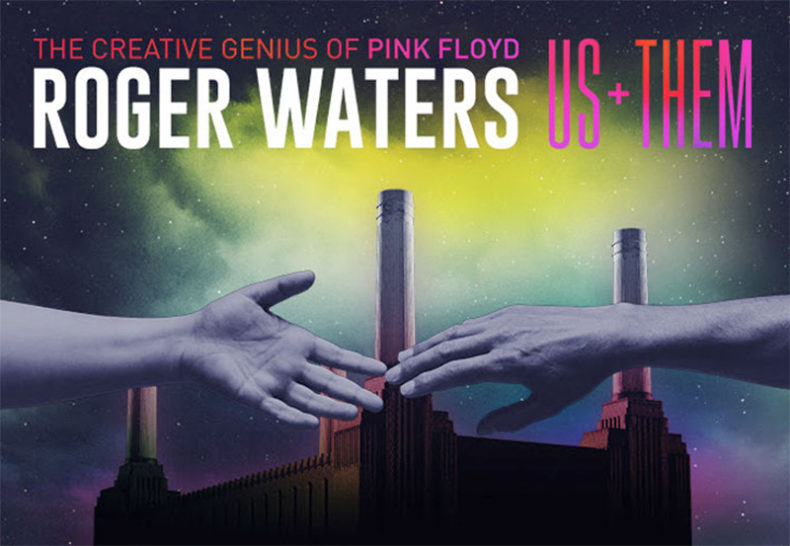 It was a lucky Friday the 13th for the thousands of Roger Waters/Pink Floyd fans who packed the rafters of the Air Canada Centre. Waters, the co-founder of Pink Floyd and celebrated songwriter, returned to Toronto for the last of three shows of his Us + Them Tour. The timing, with the political chaos south of the Canadian border, was fitting given the political backdrop to many of Pink Floyd’s iconic albums. As it has done for centuries, the music temporarily prevailed over the politics, with the tour even selling out in the USA’s red states, despite obvious anti-Trump sentiment.

Selections from Dark Side of the Moon, Meddle, Wish You Were Here, Animals, and The Wall were performed alongside Waters’ solo material from Is This The Life We Really Want?, an album produced by Nigel Godrich (Radiohead). This was the first time in a long time that Roger played “Pigs (three different ways)” from  Animals.

The highlights of the two and a half hour concert were Waters’ seen-before inclusion of an inner city youth choir, who defiantly ripped open their shirts to show matching RESIST t-shirts, as they sang the chorus of “Another Brick in the Wall”, and his timeless political message against war and gluttony, which floated around the stadium in a pink, inflated war pig with an illustration of Trump painted on its side.

“It’s uncanny how the lyrics from “Pigs,” which was written in 1976, describe the current situation in the US,” my seatmate remarked. “’Big man, pig man, ha ha – charade you are.” Waters and crew donned pig masks onstage and sipped champagne, as bold quotes and political commentary glared across the large screens, dwarfing Waters and his stellar band. You couldn’t minimize the creative protest throughout the stadium, however.

Aside from the political messages, stunning visuals wowed a captive and receptive audience, including a mesmerizing show of rainbow lasers from a pyramid.

Waters’ incredible energy throughout the show was remarkable, given his hectic touring schedule, and the voices of his twin, blond-bobbed back-up singers soared through the arena. It was a concert for the books.

Talia Wooldridge is an avid music lover, composer and ethnomusicologist who contributes artist interviews, live concerts, festivals and album reviews for Spill Magazine. She has written extensively on the intersection of music, personal identity and cultural symbolism with an early focus on Latin American Hip Hop and female Cuban rappers. In her spare time, Talia writes, composes music and manages Music Can Heal, a non-profit that brings live, award-winning musicians to inspire healing in hospitals, hospices and communities in need. Her next project is an interactive music-travelogue exploring music cultures and music travel around the globe. Follow her here: www.taliawooldridge.com + www.movetoyourownbeat.com.
RELATED ARTICLES
accis this the life we really want?live review