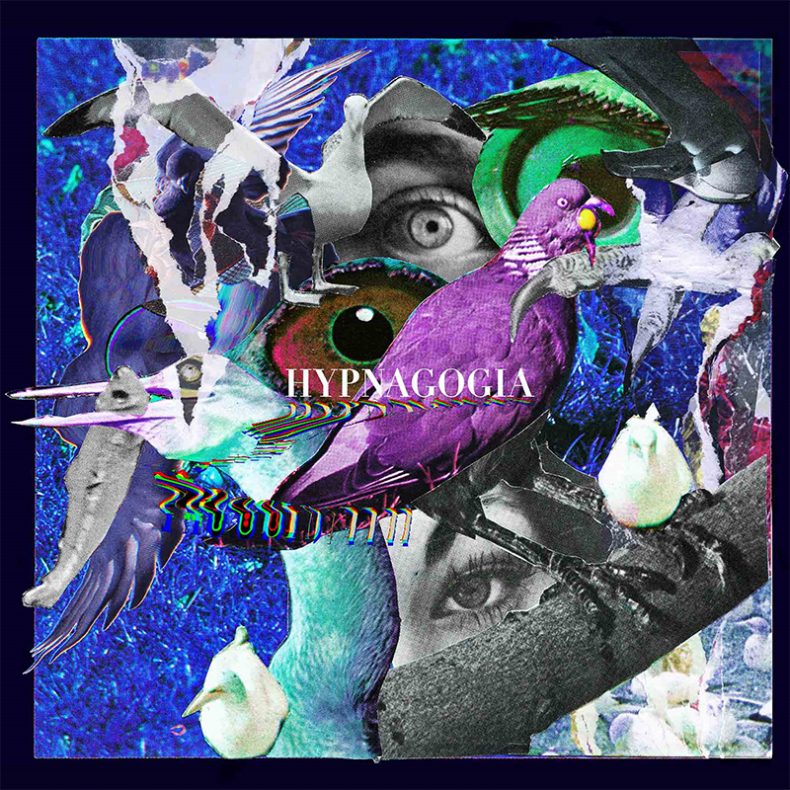 If there is an ‘avant’ class amongst avant-garde musicians, surely Jarvis Earnshaw and Trevor Dunn must sit among them. Both underground music veterans who have emerged from Brooklyn’s thriving music scene, the duo – each of whom come with quite the musical pedigree – will soon release their first collaborative album under the moniker TRAVIS DUO. Apart from making for a fascinating listen, this music seems to play a meditative / therapeutic role – a portal for dreamery, a trigger for the upper chakras – taking the listener on an introspective and peaceful trip.

Their forthcoming Hypnagogia album is collection of improvisations based on a set of line drawings and diagrams drawn during lucid dreams. Pronounced \.hip-næ-‘gä-jia, of this essentially means “of or pertaining to the period of the transitional state between waking life and dreams: hypnagogic hallucinations”.

Trevor Dunn is perhaps best known as a member of Mr. Bungle and Fantômas, but he has also worked with John Zorn, The Melvins, Diatom Ribbons, Trio Convulsant, Endangered Blood). As half of the TRAVIS DUO, he plays contrabass and percussion, while Jarvis Earnshaw (SYRINX-Series, Question, Harbinger, the Luke Stewart and Jarvis Earnshaw Quartet) masters the sitar, tapeloops and vocals.

有頂天 (Uchouten) in Japanese originally meant “possessing feelings that are enough to fill the heavens to reach the peak/summit” or “transcendent determination” –  有/have” + “頂/peak” + “天/heaven”  which now, over time, has evolved to meaning “aloof” or “spaced out”. Almost a complete 180. It is interesting to think that the same word can evolve to mean the opposite of it’s origin through time and consequence. That words in it of itself are alive. words are also living as we breathe. When recording this particular song we were indeed 有頂天 in both perspectives. The Dao (道), knowing without thinking, automatic writing as all roads lead to this moment. Sounds evolving as it paved the way forwards.

The journey is the destination.

“सब कुछ मिलेगा (Sab Kuch Milega)” means “Anything is possible” in Hindi. This song & this album, Hypnagogia is truly a testament to that fact, that anything really is possible. To quote William Blake: “To see a World in a Grain of Sand, And a Heaven in a Wild Flower. Hold Infinity in the palm of your hand, And Eternity in an hour”.

Hypnagogia weaves a tapestry of colours and pushing abstractions. They present an impressive hybrid of styles, whilst gently nestling on their pop roots. The kaleidoscopic overtones of the sitar dance elegantly with the charismatic and eloquent contrabass. This is psychedelic ethnic-flavoured jazz with a mean right hook.

“This album is a meeting of minds that cross generations, timelines and genres, as if ancestral cheerleaders were egging us on. The personnel age gap on this record spans 50 years, the youngest being in his 20s to the oldest in his 70s. Every member is a highly distinguished unique musician in their own right and at the top of their field, creating gorgeous music in every genre, pulling inspiration from our vast experiences of life – from Abstract Noise, Punk, Jazz, Rock, Hiphop to Chamber music and beyond. This has magically shaped this album, which extends beyond genre and is pure expression at its finest above and beyond boundaries,” says Jarvis Earnshaw.

London-born, Jarvis Earnshaw spent most of his childhood in Japan, releasing his debut album via Slam Records at the age of 15. Since graduating Bunka Gakuin Art School in Tokyo, he studied sitar in India, and is a graduate of Pratt Institute in New York. Both as a musician and visual artist, his work is recognized worldwide, having solo exhibitions, residencies and performances throughout the world, including Fuji Rock Festival, Europe, India and across America to New York’s own Lincoln Center.

Hypnagogia is out as of December 10. A limited edition of 500 albums will be issued on dark blue vinyl. The seven core tracks come with bonus track ‘Lolloping Theta Broom Horse’ and a16-page full-colour booklet. It can be pre-ordered at https://www.jarvisearnshaw.com/product-page/pre-order-hypnagogia-limited-edition-lp or via Bandcamp at https://jarvisearnshaw.bandcamp.com/album/pre-order-hypnagogia-lp

Recorded & Mixed by Martin Bisi at his BC Studio in Gowanus, Brooklyn
Mastered by Josh Bonati
Re-Mastered for Digital Media by Evan Strauss
Catalogue #B9-008

Three previous singles were previously previewed, each with a cool glitched-out video. Check them out: