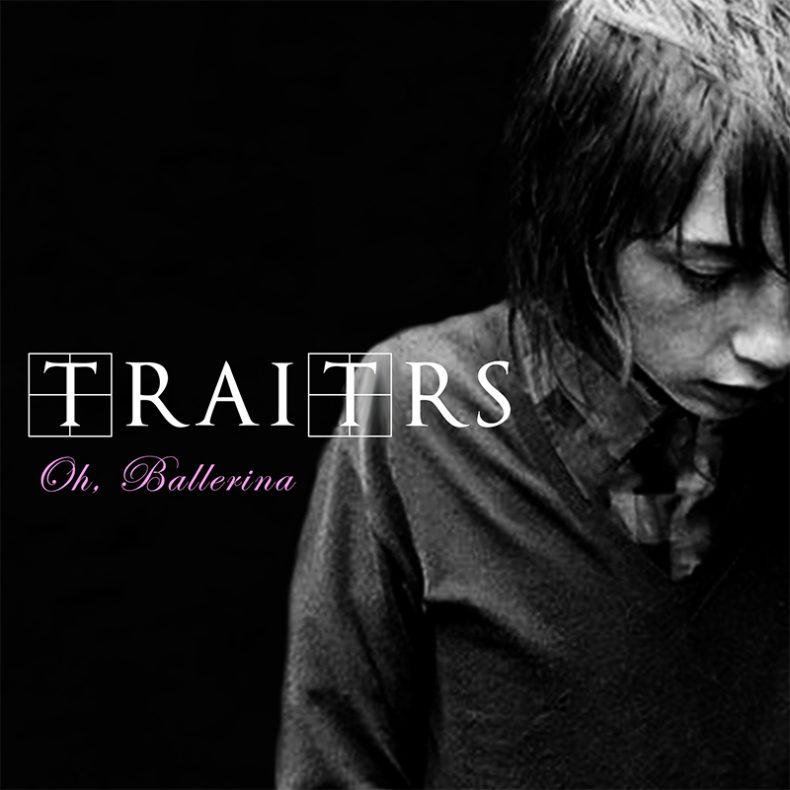 Returning to a band we have long supported, we are pleased to present the latest single from Toronto’s own TRAITRS, whose much-anticipated full-length album will see the light of day this autumn – Horses In The Abattoir will be released via Freakwave, a Berlin-based label that is part of the Schubert Music Europe group with distribution by The Orchard.

The new dark and beautiful single “Oh, Ballerina” Is a stunning offering – no less than we have come to expect from these rising post-punk stars. The duo, comprised of Sean-Patrick Nolan and Shawn Tucker, have been making some serious waves internationally with their impeccable mélange of alternative dark pop and catchy goth-laced retro-futuristic soundscapes. It is no wonder that this hometown outfit numbers among the fastest rising independent artists on the dark music scene.

The video for the new single was self-produced with direction and editing by Shawn Tucker, is a moody art-house horror film in the woods meets 80’s new wave music video.

“We filmed the video for “Oh, Ballerina” with a small crew in an abandoned ghost town in Ontario called Cooper’s Falls. With the help of Google satellite images and a bit of good fortune, we found the abandoned and decrepit house in the middle of a forest. We wanted a non-linear plot where by the end, it’s unclear what the fog represents, why we entered the house, if and when we left or whether or not we were there the whole time? Are these doppelgängers watching themselves entering and leaving the barn?“

“I approached ‘Oh, Ballerina’ the way I imagined Placebo challenged songs like ‘Brick Shithouse’ or ‘The Bitter End’. Keeping it simple, minimal, but punchy and effective. That’s really what motivated the passion and drive here. Lyrically the track focuses on obsession with someone else to the point of murder, based on a true story I had come across online. I felt the tone of the story perfectly mirrored what’s happening in the track instrumentally, dynamically and vocally. Keep running away now because you’re scared,” says Shawn Tucker.

“I became obsessed with minimalist composer Phillip Glass. His music completely changed the way I thought about melodies and composition, so ‘Oh, Ballerina’ began as this minimal and abstract piano piece with some atmospheric textures and very little else. I listened to the demo late and mid-way through the improvised recording, it was like the song suddenly revealed itself to me. I suddenly heard the drums and bass in my head. I grabbed my laptop, quickly programmed some drums and we finished scripting it all the next day,” says Sean-Patrick Nolan.

Their relentless touring schedule and work ethic caught the attention of Thomas Thyssen and Eric Burton of Schubert Music Publishing and, in October 2020, they announced TRAITRS as the first signing to their brand-new record label Freakwave Records.

With the preceding limited 10’’ vinyl The Sick, Tired And Ill, which practically sold-out before its actual release, TRAITRS were able to triple their Spotify monthly listeners to >33k. In addition, lead single “Magdalene” spent 5 consecutive weeks at #1 on the German Alternative Charts (DAC).

As of November 19, the full-length Horses In The Abattoir LP will be released on vinyl, CD and digitally. It can be pre-ordered at https://orcd.co/horsesintheabattoir

While you are here, you should also take in their recently-released The Sick, Tired & Ill EP and video for previous single “Magdalene”: