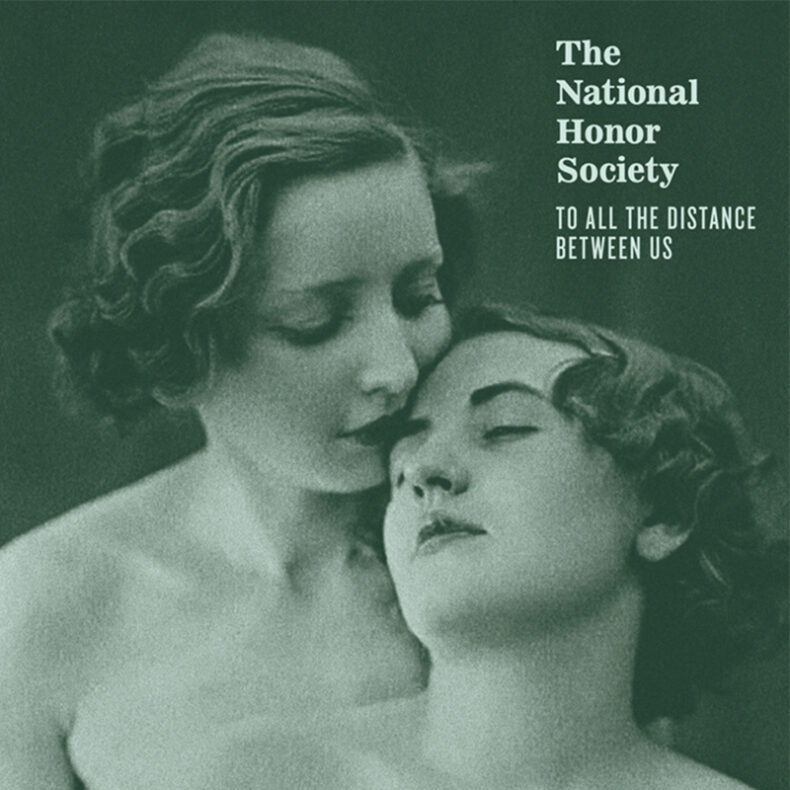 THE NATIONAL HONOR SOCIETY – “IN YOUR EYES”

The first single “In Your Eyes” from The National Honor Society’s second album, To All the Distance Between Us, sets the tone for a collection of songs that were birthed during the depths of the pandemic, at a time when the democratic pillars of the U.S. nearly came crashing down. Though awash with melodies, harmonies, and jangled guitars, this song and this record throw indictment after indictment at those who would seek to return us to the dark ages. The album title reflects our multi-layered divisions, both political and pandemic-wise, as we try to march a steady gait forward towards either a return to something resembling normalcy, or towards a new normal where these distances may remain, or grow.

“In Your Eyes” aligns itself with other pop songs throughout history that have introduced their political messaging obliquely, rather than with a sledgehammer to the head. Too often, the melody gets lost behind the message being shouted at top volume. NHS songs seek a balance between the two, and this first single reflects our efforts to do so.” ~Coulter Leslie (lead singer/songwriter)

The National Honor Society
To All The Distance Between Us
(Shelflife)
Release Date: April 21, 2023

New Music, Video Premiere
in your eyesnew musicshelflifespill music premierethe national honor societyto all the distance between usvideo premiere
in your eyes, new music, shelflife, spill music premiere, the national honor society, to all the distance between us, video premiere
About the Author
SPILL NEW MUSIC

SPILL NEW MUSIC strives to keep our readers up-to-date with new releases by your favourite artists, keeping you informed of new album, single, and video releases. Stay tuned -- who knows, you might just discover your new favourite band.
RELATED ARTICLES
in your eyesnew musicspill music premiere
8.0