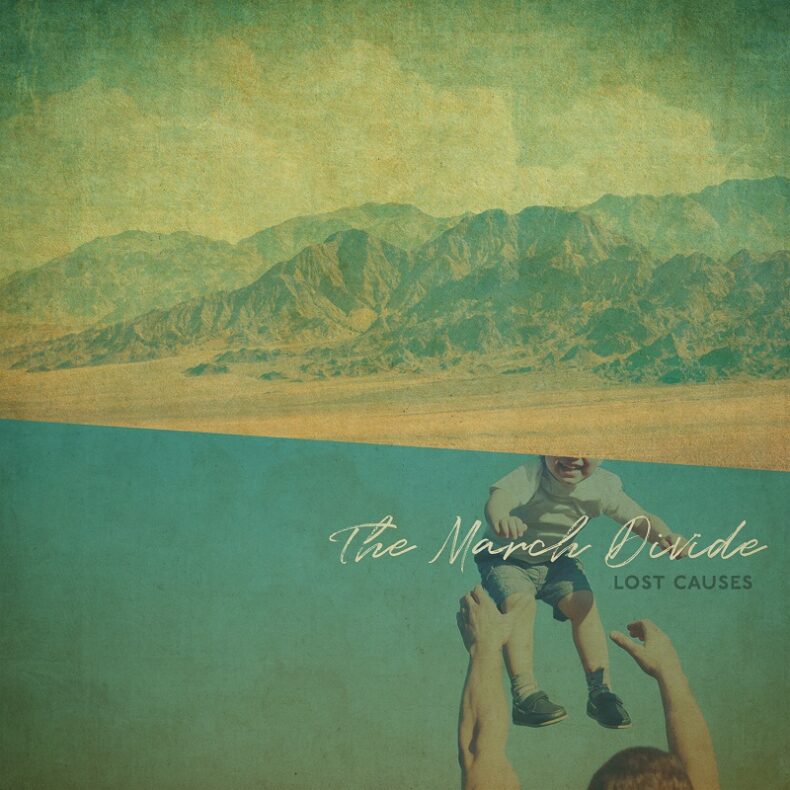 THE MARCH DIVIDE – “KING OF THE LOST CAUSE”

“King Of The Lost Cause” was the least put together song going into making this album,” explains Jared Putnam of The March Divide about the tune that eventually inspired the title of his sixth album Lost Causes (June 10, Slow Start Records).

“All I really had was a bad phone recording of an idea, we had already scheduled the studio time, but I knew that I didn’t want to leave this idea out of the mix. As it turns out, the song is an obvious expression of the anxiety that come with writing songs for a living.”

Putnam’s pain is our pleasure.

Even though he is a prolific songwriter, after the release of Putnam’s appropriately titled fifth album “cinc” in April of 2021, he figured he was tapped out of ideas for a while.

Instead, Putnam started making the best example of his talents to date. As he tells it, inspiration returned as he was just out doing Dad stuff.

“I was driving my kid to school and Gin Blossoms came on the radio. I’m a fan, but this was ‘Hey Jealousy,’ which radio has been running into the ground for 30 years.

“But in that moment, it was the greatest thing I’d ever heard! The hooks, the subject matter, and all the rest were as they’d always been, but I was struck by how it was put together. In that moment, that’s what made the song great.”

“I’ve always been fascinated with dissecting what makes a song great and trying to find the catalyst for the chemical reaction that emotionally connects us to why a handful of tunes are run into the ground for 30 years.”