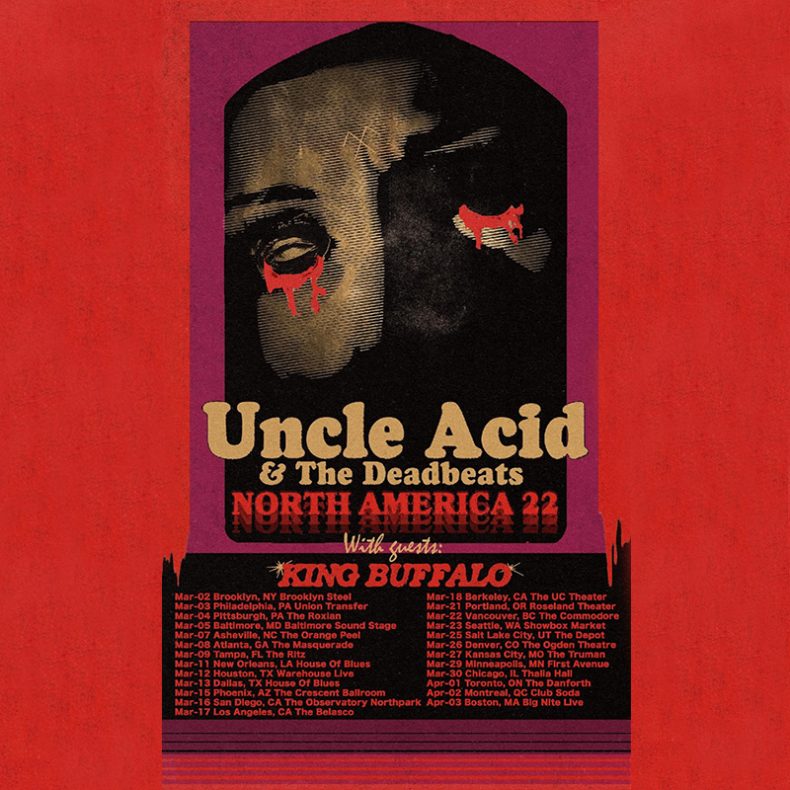 Psychedelic rock n’ roll trailblazers UNCLE ACID & THE DEADBEATS are returning to the stage in North America next year! The band is thrilled to announce their 2022 headlining dates, which will be supported by special guests King Buffalo. The month-long tour kicks off in Brooklyn, NY on March 2nd and concludes on April 3rd in Boston, MA. A complete list of dates can be found below.

The band shares, “WARNING: We’ll be returning to the stages of North America for the first time since 2019. Support from King Buffalo. See you there!”

Tickets for all dates on the upcoming tour go on sale this Friday (December 10th) at 10am local time.

SPILL NEWS strives to keep our readers up to date with news and events in the music industry. We keep you informed of the most recent information regarding new releases, tour dates, and information items about your favourite artists.
RELATED ARTICLES
newsuncle acid & the deadbeats