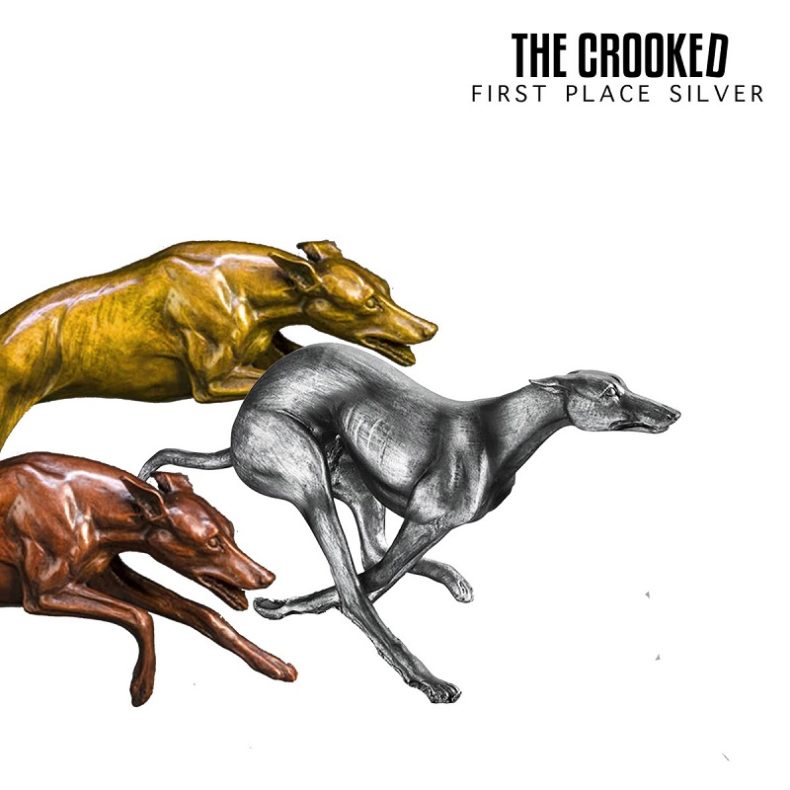 On October 4, Toronto-based rock band The Crooked releases their sophomore EP – First Place Silver. They will commemorate this with a concert at the Horseshoe Tavern the same evening, performing the EP in full. This will be the first show of a tour leading the band across Ontario and Québec.

A departure from the band’s first record, First Place Silver delivers first-class production value. This comes courtesy of local producer Ted Sevdalis, whom the band worked closely with. The product of 16 months’ toil and scrutiny, First Place Silver is a fireworks display. A heady mix of explosive guitars, loopy riffs and strange, even mischievous sound textures.

The EP will be available online from October 4 across platforms like Spotify, iTunes, and Amazon Music. The band is also selling physical copies at every tour date.

The leading single “Dog Days” is already available for download via Bandcamp, with an option of pre-ordering the EP. The official video is available on YouTube.

The band was founded in early 2017 by friends and long-time comrades in the Toronto music scene J.C Sandoval (Former Die Mannequin/Dearly Beloved guitarist) and Dell’ Orso (The Joy Arson/Of The Bear Bookings). They were soon joined by Mississaugan bassist Russ Shipman and British-German import Neelesh V. on lead guitar.

Although still a new band, the known profiles of The Crooked’s members created anticipation among Toronto circles. The band held their debut concert at Lee’s Palace in April 2017. In the following months, they performed well attended shows at various Toronto venues such as The Phoenix, The Baby G, The Bovine, and The Mod Club. In April 2018, exactly one year after their debut show, the group returned to Lee’s Palace and played to a full house. With their second release First Place Silver, the band aims to rise from the local scene, and enter the national and international stage.

by Trish Melanson on October 4, 2018
The Crooked @ The Horseshoe Tavern, Toronto October 4, 2018 To mark the release of their brand new EP, First Place Silver, The Crooked put on a celebratory show tonight, [...]
8.0