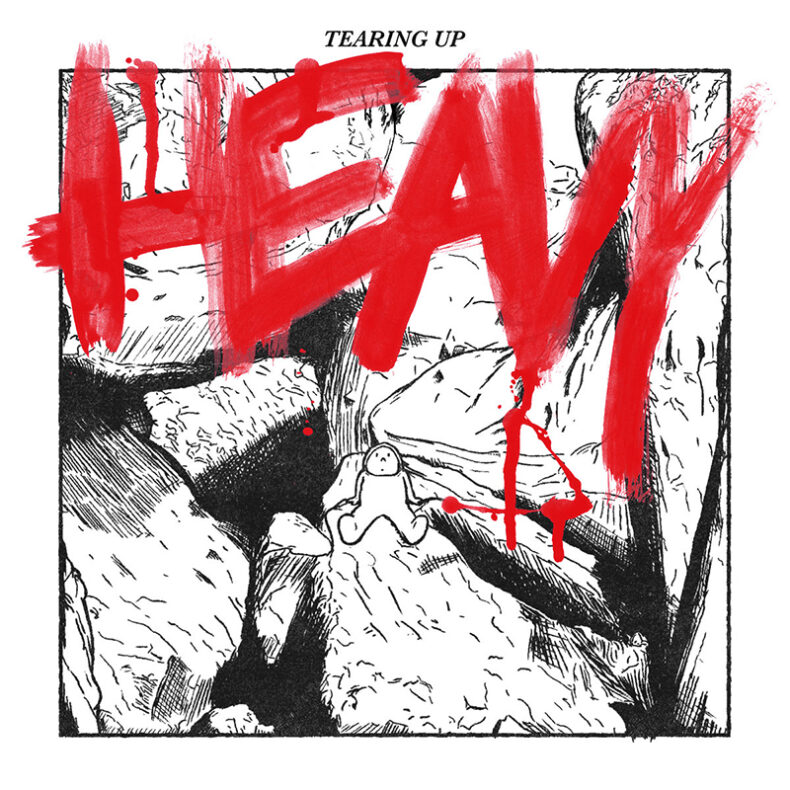 TEARING UP – “SAID SOMETHING”

The new record is not “easy listening” — “I wanted this record to hurt,” as Graham wrote, and that motivation was largely inspired by a series of personal struggles that he experienced from late 2017 to early 2020, including the loss of his father. In those hard times, the people around him helped push him forward, and writing this record, in all honesty, gave him something to do aside from grieving. “October of 2017 to January of 2020 basically felt like one very, very, long year. But even before that, the record was always going to be called Heavy,” he wrote.

In addition to finding solace in human connection, Graham also found himself turning to music in less of a “this album saved my life”-sense, but more so in recognition of the way music can heal, but can also hurt. Heavy came from his personal place of pain and loss, and it became his version of hard, but necessary truth-telling via making art.

“Billy Bragg’s ‘Sexuality,’ Dixie Chicks ‘Wide Open Spaces,’ Andy Shauf’s ‘My Dear Helen,’ Cindy Lauper’s cover of Joni Mitchell’s ‘Carey’… Even writing this list makes me misty. At the real root of it, I think I just wanted to write music that could make someone cry. Just something that would make a person feel something, realize something, or remember something they thought they’d forgotten. I hope I’ve done that with this record.”

To celebrate the record’s release this week, Graham is also sharing an official music video for “Said Something,” one of the record’s first singles. Today, SPILL Magazine is proud to host its premiere.

Said Graham of the track itself:

“Losing someone is particularly strange because, in life, we get used to things being temporary. We know we can never step in the same river twice, but this is assuming there will always be a river. When the river runs dry, it’s quite a shock, and given how often we were used to stepping in it, we find ourselves asking: where the fuck is my river?

Sometimes, these things happen because of an unknowable number of circumstances: Anyone who’s ever been in a car accident will know about having the thought of “if I had just left home 3 seconds later…” or “if that woman driving had checked her blindspot…” or “if that guy in the truck had pulled over sooner”. Sometimes things happen and the reasons are too complicated for any one of them to be the sole reason for the thing that happened.

Suicide is difficult because it blames both everyone and no one. The person who dies is both perpetrator and victim. It absolves everyone and yet also condemns them. You are both at fault and totally powerless at the same time, waving between the two feelings like a metronome. When I lost a young family member to suicide, many of us were completely dumbfounded as to why this person would choose to end their life. What made things worse was how they left no explanation, leaving us to try and piece together whatever their reasoning was, an endless circle with no real answers.

Time moves on and to some extent, our family’s been able to find some sense of closure. We accept how we’re powerless against the past and keep moving, for better or for worse, it’s all we can do.”

SPILL NEW MUSIC strives to keep our readers up-to-date with new releases by your favourite artists, keeping you informed of new album, single, and video releases. Stay tuned -- who knows, you might just discover your new favourite band.
RELATED ARTICLES
heavynew musicsaid something

by SPILL NEW MUSIC on November 9, 2022
BLACK HONEY ANNOUNCES THIRD ALBUM A FISTFUL OF PEACHES DUE MARCH 17 | SHARES NEW SINGLE “HEAVY” FOXFIVE RECORDS Fantasy and escapism are all well and good, but what happens when you strap in, buckle up and set a course straight to [...]

by Ryan Sagadore on July 27, 2018
Bass Drum Of Death Just Business Red Music In 2011, a one-man-band from Oxford, Mississippi dropped its debut LP on Fat Possum Records. Over the next few years, Bass Drum of Death led by John Barrett released a slew of lo-fi goodness that looked [...]

by SPILL NEW MUSIC on June 2, 2018
BASS DRUM OF DEATH DETAILS NEW RECORD JUST BUSINESS OUT 7/27 VIA RED MUSIC RED MUSIC Bass Drum of Death – the brainchild of Oxford, Mississippi native and multi-instrumentalist John Barrett – is back with their first new album in over four [...]