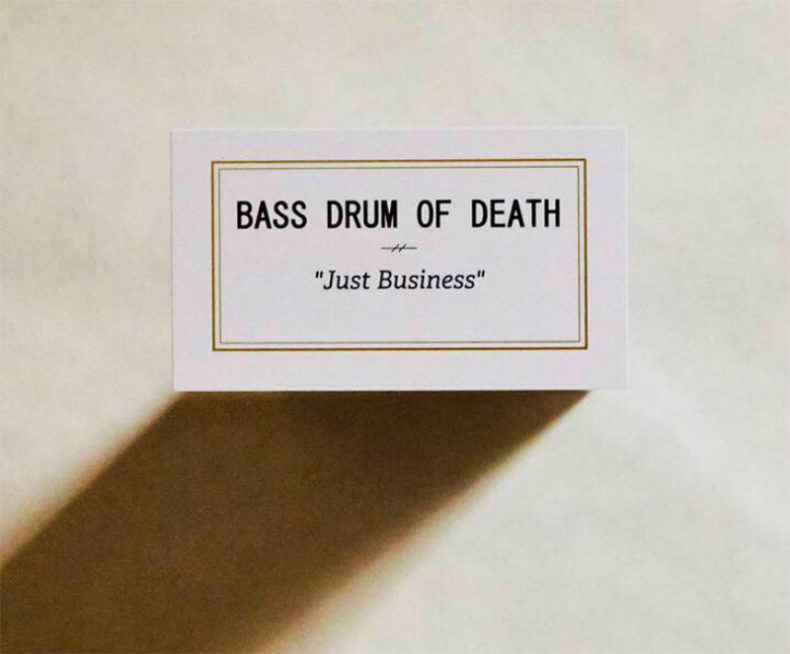 Bass Drum of Death – the brainchild of Oxford, Mississippi native and multi-instrumentalist John Barrett – is back with their first new album in over four years, Just Business, slated for release worldwide on July 27th via Red Music. This record marks the fourth release under the Bass Drum of Death moniker and first since 2014’s acclaimed record, Rip This. Just Business will be available on vinyl and digital formats when released, but pre-order is happening now and all platforms can be accessed HERE. Fans who pre-order the digital release will receive an instant download of the title track “Just Business” and the recently released song, “Heavy.”

From the instantly-catchy guitar riff of opener “Third Coast Dreaming,” a nod to John’s Gulf Coast home, to the bombastic outro of aptly-titled closer “Leaving,” Just Business showcases the depth and growth of the band’s catalog. Recorded over the span of a year in a studio space overlooking the congestion and hustle of Times Square, the album is packed with every bit of the feedback-soaked, garage wallop of past BDoD fare and openly explores Barrett’s evolved songwriting like never before.

“There’s a certain kind of trouble that you’re able to get into in New York that you’re not able to get in anywhere else,” explains Barrett, who recently traded his down south roots for the bustling city. “For years I’ve been known as ‘The Garage Rock Guy’ and I think this record highlights how much of a better singer and songwriter I’ve gotten to be. You can actually hear what I’m singing!”

In anticipation of the release, Bass Drum of Death recently released a music video for the song “Heavy.” The video is based on a true story of unspoken violent events taking place along the US/Mexico border. Upon learning of such events via the video’s director, Barrett felt compelled to make this story central to the visual treatment for the song. Watch the video for “Heavy” below or HERE.