Video Premiere
196
previous article
SPILL ALBUM REVIEW: OF MONSTERS AND MEN - MY HEAD IS AN ANIMAL (10th ANNIVERSARY EDITION)
next article
SPILL VIDEO PREMIERE: INFORMATION SOCIETY - "WOULD YOU LIKE ME IF I PLAYED A GUITAR" 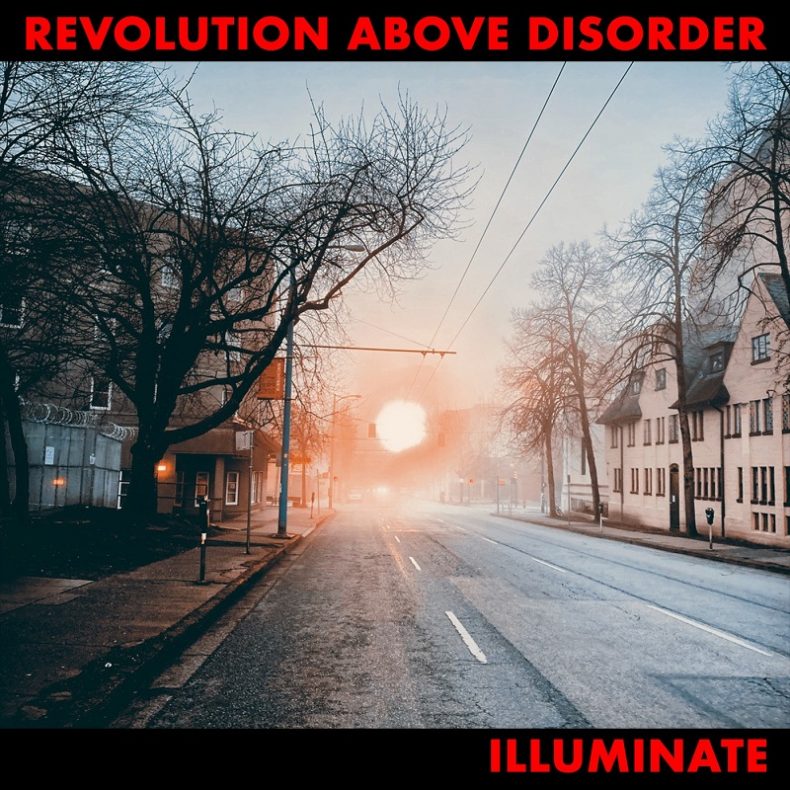 It’s fascinating how some artists are chameleons in terms of genre-fluidity. Sometimes it feels a bit awkward or even forced in some instances when an artist is heavily immersed in one genre and then gravitates to another. But then again, sometimes it feels like you’ve hit pay dirt when you love what they do in one genre, but love their output equally as much when they perform music in completely different territory.

Today we would like to introduce you to the latest project from Stephen Nicholas White a.k.a. Stevie Moonboots. A Dubliner who happens to be living on Canada’s West cost – in Vancouver, to be exact – we’ve previously covered his band The Orange Kyte on numerous occasions. Now he is shifting gear and switching lanes to ride with artists of the post-punk ilk.

Today we present “Illuminate”, his debut single under the moniker Revolution Above Disorder and has been working with Jason Corbett (Actors) at his Jacknife Sound studio, who notes, “I love working with Stephen. There’s a trust and flow that spawns a real magic in the music. You can hear the adventure in the songs”.

The debut single under this moniker is called “Illuminate” and it’s wonderful. If only more debut offerings were this great. If only more offerings from long-time music veterans were this good. What can we say – if White was looking for a sonic something that balanced out the familiar and innovative, something cold yet calming, something futuristic while rooted in retro electro, then he has solidly hit the nail on the head here.

‘Illuminate’ is a 3-track release. The original version we present today is repetitive in all the right spots and for the appropriate durations – much like Daniel Ash’s infamous ‘I’m Alive’ or Love and Rockets ‘No New Tale To Tell’, Revolution Above Disorder takes the price for the perfect nugaze single. ‘Illuminate’ should clearly appeal to fans of Creation Records catalogue, The Jesus and Mary Chain, Bowery Electric, Factory Records, Visage and Actors.

Stephen Nicholas White may be best known as founder of The Orange Kyte, but he is also known for his involvement with House of Dolls, The Subterranean Satellite Band and Magic Shoppe. Where The Orange Kyte was an exercise in saying yes to everything and seeing what happens, allowing the sound and personnel to morph, twist, evolve and devolve, Revolution Above Disorder is driven by a well-defined over-arching postpunk-psychedelic aesthetic, as well as a more polished and meticulously crafted approach in the studio.

“Illuminate’ is the song that kick started Revolution Above Disorder. When the COVID-19 pandemic hit, I’d just come off a European tour with Magic Shoppe and I found myself having to cancel scheduled plans with The Orange Kyte. In my downtime I began to re-evaluate where I was headed musically and I realized I’d become dissatisfied with what I’d been doing. As I searched through old demos from the past, some going back over a decade, I was excited to hear songs with real potential that either I’d abandoned or just plain forgotten about. I grew interested in the idea of this modern day version of myself collaborating with my chaotic and directionless former self. I wanted to finish what I’d started many years prior. ‘‘Illuminate’ was the first one I needed to record,” says Stephen White.

“This was originally conceived in 2013, albeit with different lyrics. I changed the lyrics from a song of misery and self-pity to an optimistic song of enlightenment and transcendence. It’s a song about getting your shit together and overcoming your own bullshit. A call to arms of sorts as a reminder to dig deep when distraction and resistance come knocking. The first line is ‘Revolution above disorder, divinity over all else…’, it seemed appropriate to use Revolution Above Disorder as the name for the entire project after that.”

The ‘Illuminate’ single was produced, mixed and mastered at Jacknife Sound by Jason Corbett of Actors. The track features Actors’ Shannon Hemmett and Kendall Wooding on backing vocals, and bandmate Adam Fink on drums, as well as Josiah Webb of Magic Shoppe on guitar.

As of September 21, ‘Illuminate’ will be available as an instant gratification track via Apple Music and Bandcamp. The full ‘Illuminate’ release will be released digitally on October 22. Pre-order the single at https://revolutionabovedisorder.bandcamp.com or pre-save it on Spotify at https://bit.ly/39dpFPP

To sense the contrast for yourself, catch a sense of White’s psychedelic band The Orange Kyte. This track is taken from their most recent album: