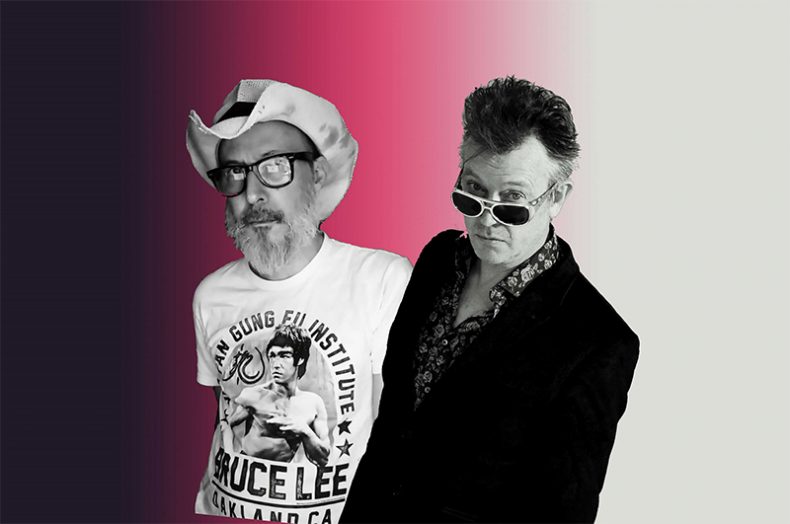 What does the sound of urban expansion, societal chaos and lockdown frustration sound like when conveyed through the prism of a British bluesman and veteran Brazilian-now-American punk guitarist. Well, you’ll just have to listen to the latest musical output from Harry Stafford and Marco Butcher to find out. Their forthcoming long-player Bone Architecture is an unforgiving forage into urban punk blues with fuzzed up jazz and garage trash rock. Unapologetically weaving their way through varied genres, Stafford & Butcher’s bluesy story-based music is raw around the edges, while sucking you willingly inside – a sonic diamond in the rough, so to speak.

“’Termite City’ is a celebration of the dirty city that always keeps standing no matter what people throw at it. Bombs, Riots, Scottish Football fans, Demolition, bad planning. People love this city and will do everything to protect it and despite their cynicism, they just can’t help themselves but be proud.

Show a little love. A city is a termite tower with thousands of people all working to make their way in it. This termite Tower is Manchester; termites even build cathedral mounds.

“Jazz supremo Kevin Davy plays trumpet on this track and it is one of his finest pieces of work ever, IMO, and one of the best collaborations I have had the fortune to put on my record. The cat can blow.”

Somewhat of a legend in his native Manchester, Stafford is the founder, guitarist and vocalist of Manchester post-punk gothic rockers Inca Babies. This album gets hotter and has tracks that are more aggressive than his latest two solo efforts (Guitar Shaped Hammers and Gothic Urban Blues), which were less frenetic and were centered around piano, trumpets and blues guitar.

Originally from Sao Paulo, Brazil, Marco Butcher now lives in Winston Salem, North Carolina. A prolific recording artist, he recently released music with The Jam Messengers, Chicken Snake, and The Jesus and The Groupies. Centred around the American underground of blues, jazz, rockabilly, and screaming punk blues, he has collaborated with Hugo Race, as well as members of Tex and the Horseheads, Pussy Galore, Gumball, The Gories, Gibson Brothers, Jerry Teel, The Oblivians and The Workdogs.

“There’s something about collaborating that is pure magic to me, cause you’re not sharing ideas at the same time and you’re in the moment. There’s something about the not knowing what the other will bring . . the surprise factor. The fact that music is very elastic and not always the way ya listen to it in your mind but something else, something cooler, greater,” says Marco Butcher.

“I guess mutual respect has a lot to do it too, sharing the same type of ideas about music and life… For a period of time, Inca Babies This Train… was my bandstand music when I was crossing a very dark and dangerous lifestyle, when I decided NOT to die. This album was the one I listened to the most.”

As of August 20, “Termite City” will be available everywhere online, including Spotify and Apple Music. The Bone Architecture LP will be released on September 3 via Black Lagoon Records – digitally and on CD. Either format can be pre-ordered via Bandcamp at https://harrystafford.bandcamp.com/album/bone-architecture

Just a few weeks ago, Stafford and Butcher released this more bluesy track: