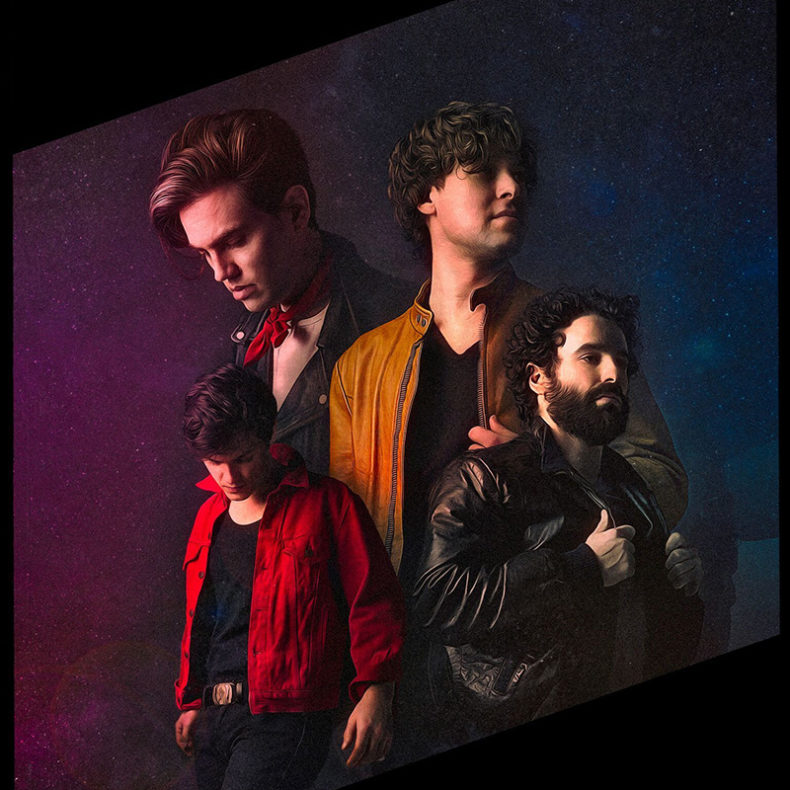 For over a decade now, Jane’s party has brought their irreverent, genre-bending sound to live audiences around the world – from buzzing clubs and famed concert halls in downtown Toronto, to stadiums across Canada, and historic venues throughout Europe, opening for and playing alongside artists like Tom Odell, Sam Roberts Band, The Arkells, Blue Rodeo, Stars, LIGHTS, and more.

The band’s new single, “You’re The Light”, is a collaboration with Matthew Angus of Fast Romantics. From the get-go, the video for this track was meant to encapsulate them as performers, featuring their personality and stage presence, while putting them in the spotlight. It showcases a variety of light-based environments, each exploring the dynamic between light-medium and Jane’s Party. Each “world” (as they called them) possessed innate contrasting qualities that varied deeply in the way they allowed the band to operate within them. The “red silhouette” world reduces the space to just two dimensions, while the “forest of lights” creates a complex, three dimensional environment. The “infinity mirror” world expands a small space to infinity, while the “LED panel” world utilizes a large space, sectioned off by a finite square boundary. As a result, this performance style video not only demonstrates the band’s live aesthetic of the song, but also their performance within these very different environments and their process of immersion into what each environment asks of its inhabitants.

“The resounding feeling after recording “You’re The Light” is that every one of us thinks both as the artist and the producer – always staying opening minded, playing our hearts out and steadily guiding the ship towards the finish line.” ~Jane’s Party