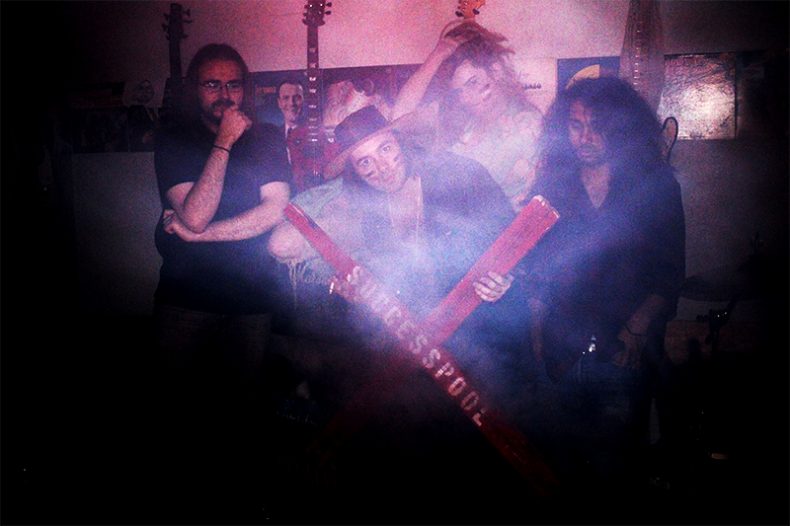 AN EXCLUSIVE INTERVIEW WITH CHRISFORT

I’m in a band called Treefort- We are part of Trondo’s open-mic scene, and I’d like to show you what it’s like out there. It’s a great scene full of character and characters, so instead of going to a club and listening to stuff you’ve heard a bazillion times- why not get wasted and check out Trondo’s homegrown talent at an open-mic?

@successpool is a band. Their name ISN’T “Suck-Less-Please”. I still call them that, though.

They are a band of humans, who play instruments. They play together. One of them is a bassist. Mostly made of scrap parts the rest of the band found in the recycling bin- they built him as they needed an extra man to help pitch in for rent. His name is Syd.

Mike is a lot like the “Gorro” boss guy from Mortal Kombat. They are both tall, and both strike (and hug) with the force of two sets of arms.

Donnie is the rhythm guitarist and singer. I asked him to “try and look nice” for the interview, and he waited until last minute, and stole Sid’s clothing.

Walt is the normal one. Poor Walt.

I have seen these four on stage over a dozen times now, and it seems that I’m the only one that hasn’t seen them set fire to their instruments. I assure you, there are more reasons to go. They put on a great live show. For 3 years they’ve screwed up the Toronto music scene, and, in my opinion, are one of the ONLY bands here with any teeth. One of the ONLY unique sounding bands. Hard, fast, loud, and cohesive.