SPILL TRACK OF THE MONTH: THE TRUE FAITH – “BEFORE NOW” 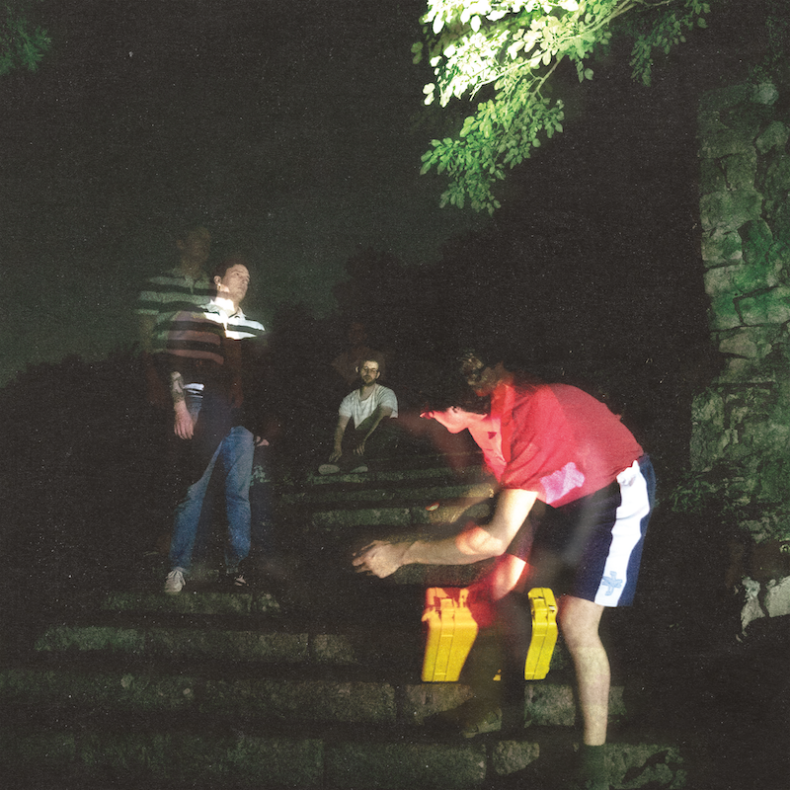 THE TRUE FAITH – “BEFORE NOW”

The True Faith consists of core members Travis Benson (vocals/guitar), Quentin Moyer (guitar) and Dylan Kotliar (bass). The band started as a solo project by Travis when he released the self-titled demo cassette, which was a darker minimal synth/industrial type sound. The demo caught the attention of à La Carte Records who approached them to release an album on the new label.

Benson recruited friend Quentin Moyer to play guitar on their debut EP, As Much Nothing As Possible, shifting towards more of a classic synth-pop sound. After the release of the EP, they began working on their first full-length album, They Can Always Hurt You More. The True Faith added Dylan Kotliar on bass during this time and had Tom Weir (from Old Moon) play drums. During the writing sessions for the album, they released two of the tracks originally intended for the LP as a 7″ (“Leucovorin Rescue” b/w “What is Owed” 7″ on à La Carte Records) and an additional song, “Giving Up,” was released as an exclusive track on a compilation for music outlet Destroy//Exist. The True Faith released They Can Always Hurt You More through à La Carte Records and went on an east coast tour with Doused.

Go To Ground is slated for release, in vinyl and CD editions, via the DIY label/collective à La Carte Records. The U.S. version of the CD will come with an exclusive demo track that won’t be available anywhere else. Paris-based label Icy Cold Records will be releasing a Euro version of the CD that will come with its own exclusive treat. They will also be carrying copies of the vinyl for those who wish to save on international shipping costs. The band has worked with three tape-focused labels around the world to create a cassette collection with U.S., European, and Australian variations from Candlepin Records, Summer Darling Tapes, and Honeyglider Records respectively.

SPILL NEW MUSIC strives to keep our readers up-to-date with new releases by your favourite artists, keeping you informed of new album, single, and video releases. Stay tuned -- who knows, you might just discover your new favourite band.
RELATED ARTICLES
totwtrack of the week

SPILL TRACK OF THE WEEK: DEINE LAKAIEN – “SET THE CONTROLS FOR THE HEART OF THE SUN”

by SPILL NEW MUSIC on October 21, 2021
DEINE LAKAIEN – “SET THE CONTROLS FOR THE HEART OF THE SUN” PROPHECY PRODUCTIONS Deine Lakaien are an iconic German dark music act. The legendary electronic duo has managed the rare feat of being accepted as serious artists as [...]

SPILL TRACK OF THE WEEK: SOFT CELL – “BRUISES ON MY ILLUSIONS”

by SPILL NEW MUSIC on October 14, 2021
SOFT CELL – “BRUISES ON MY ILLUSIONS” BMG “Bruises On My Illusions” heralds the first Soft Cell album in two decades. The highly influential duo of Marc Almond and Dave Ball will be releasing Happiness Not Included [...]

SPILL TRACK OF THE WEEK: THE FOREIGN RESORT – “SEND YOUR HEART TO THE RIOT (CREUX LIES REMIX)”

by SPILL NEW MUSIC on October 7, 2021
THE FOREIGN RESORT – “SEND YOUR HEART TO THE RIOT (CREUX LIES REMIX)” ARTOFFACT RECORDS The Foreign Resort combines the shadowy mysticism of The Cure’s Pornography era with a driving production aesthetic akin to LCD [...]

SPILL TRACK OF THE WEEK: BEATBOX MACHINERY – “ACE OF SPADES”