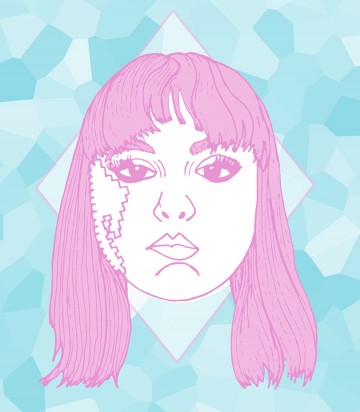 Literally and figuratively, Lowell is a wolf. Her very name stems from the French origin of the word, but her approach to music, creating, and the way she’s embraced both are a testament to both she and her namesake: fearless, determined, and a natural pack leader.

Born in Calgary, she eventually migrated to the Yukon where she lived with her father in Carcross, near a mountain that once offered passage to gold hunters. Appropriately, the area was also once a preying haven for wolves; so Lowell drew strength from desolate beachside cabin she and her father called home before finding her way to Massachusetts, Ottawa, Georgia, then back to Calgary before basing herself in Toronto and London. Since, she’s played to crowds across Europe, worked with the industry’s finest writers, producers, and musicians, and compromised nothing to create the stirring, commanding — yet joyous songs that have found a home under her lone namesake.

After earning the attention of Martin Terefe (KT Tunstall, James Blunt, Jason Mraz), Sacha Skarbek (Lana Del Rey, Adele, Miley Cyrus), James Bryan (Nelly Furtado, The Philosopher Kings), and Paul Herman (Dido), Lowell was invited to Kensaltown Studios in London to write with all of them. However, what they worked on wasn’t in sync with her own vision – so, supported in her decision to stay true to herself, she and the pack scrapped what they had and started all over again. Soon, they saw the completion of her EP, I Killed Sara V., and the beginnings of her full-length record, We Loved Her Dearly – her debut album on Arts & Crafts.

As expressed in the album’s first single, “Cloud 69,” Lowell is like dynamite: ferocious, unrelenting, and determined – but not only when it comes to her music. Writing each song to empower not only herself, but also her listeners — to challenge gender conventions and inspire freedom from social limitations, rules, and misogynists” abuse of power; to celebrate and uphold individuality, and to “take away your pain” as sung in “88,” the EP’s sing-a-long-friendly liberation anthem.

By writing openly about topics like sexual abuse, rape, abortion, and women’s rights, Lowell’s album is a platform for much-needed discourse in our patriarchal society – and to further articulate the necessity of conversation, she uses herself and her experiences as examples. In addition to feminism, she also boldly addresses the lack of LGBTQ rights in our society, as well the ignorance about (and simultaneous obsession with) homosexuality. However, there’s no grandstanding – far from it. Lowell’s brand of pop may convey the urgency of her subject matter, but her melodies keep songs accessible and fun. Turns out you can still dance while confronting social norms; you can still have fun while defending equality. And Lowell’s stream of musical optimism makes it possible.

In fact, it was this positivity and lack of falsities that allowed Lowell to stay friends with Terefe and friends at Kensaltown, which led to her working with Terefe once again – but as part of his band, Apparatjik. This creative endeavor turned into the Lowell’s mini-album, If You Can Solve This Jumble, as well as four-days of writing and recording with Magne Furuholmen (A-ha), Guy Berryman (Coldplay), Jonas Bjerre (Mew), and Terefe, whom she joined onstage to headline the 2012 Roskilde Festival in front of 60,000 attendees. This also marked Lowell’s first live performance.

Lowell returned to Kensaltown in the summer of 2012, where she began recording this album. However, in addition to working with Terefe, Herman, and Bryan, she took up residency in her own studio space where she also began writing for other artists. There, she secretly slept and worked at writing, producing, and practicing her craft – as well as guitar and piano (of which she is classically trained) – so that come February 2013, she was ready for her self-financed tour of the UK, where she was backed by only a drummer.

Since, she’s played showcases at CMW, CMJ, and Sled Island, performed at David Lynch’s Club Silencio in Paris, headlined in Oslo and Copenhagen, opened for Chad Valley in Berlin, Padova, and London, and opened for The Raveonettes in Barcelona, Bilbao, and Madrid.

Lowell’s hands-on approach to her album and to her performances has allowed for a creative and professional identity rich with individuality, braveness, and imagination. Whether through her lyrics, performance, video and visual artistry, merchandise design, fashion ideas, music video treatment, writing and co-directing, photo shoot conceptualizing, or her activism (whew), Lowell is in charge. She’s unsurprisingly, leading the pack.

Daniel is an illustrator/graphic designer based out of Austin Texas. He graduated from Pratt Institute with a Bachelors degree in Illustration and an Associates degree in Graphic Design. Daniel started his career in graphic design in the world of online casinos. Since then he’s worked with various clients from around the United States and Canada including but not limited to NHL, Subway, Paraco Propane, Pitney Bowes, Xerox, Conduent, Nestle Waters, The Spill Magazine, Stamford CT’s DSSD, Beechnut Baby Foods, Elizabeth Arden and much more.
RELATED ARTICLES
daniel adamslowellportraits