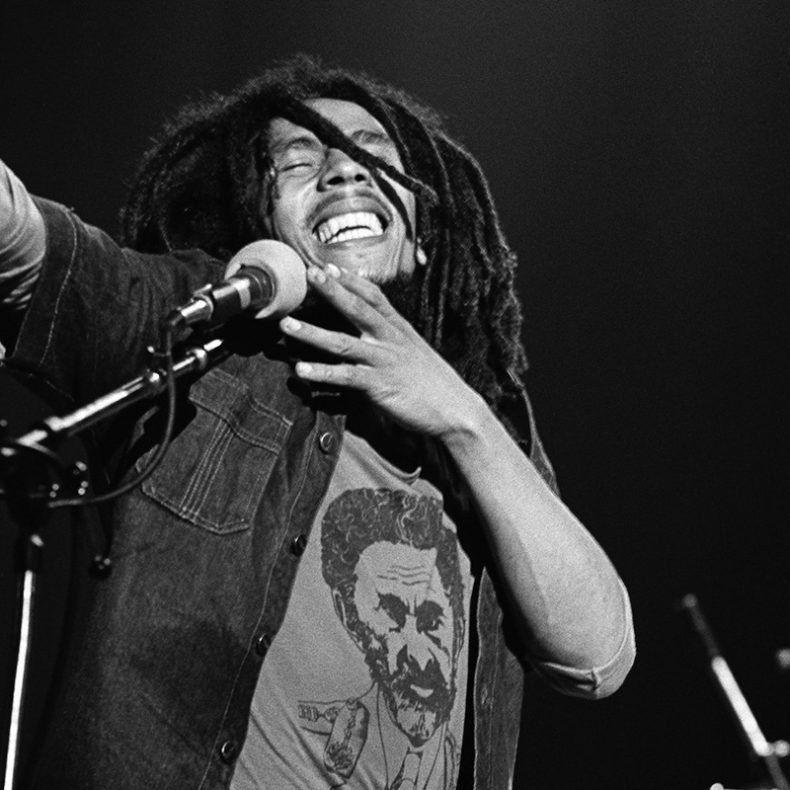 With a virtual performance set to take place on July 19 in conjunction with CEEK Virtual Reality, Ziggy Marley will be paying homage to his father’s timeless catalog, performing eleven of Bob Marley’s legendary tracks in an intimate setting and livestreamed on Bob Marley’s official YouTube channel.  Following the concert, Ziggy will be participating in an exclusive Q&A through CEEK’s content streaming platform. A select number of 360VR tracks will be available on Ceek’s Virtual Reality platform.  The audio of the full performance, Ziggy Marley – Bob Marley 75th Celebration (pt. 1) will be made available as an e-album, on July 31, listen HERE.

“With Ceek’s innovative technology, Ziggy Marley has created an immersive experience that’s rooted in Bob Marley’s passion and sense of community and honors his father’s legacy by bringing people together through the power of music,” said Bruce Resnikoff, President,and CEO, UMe. 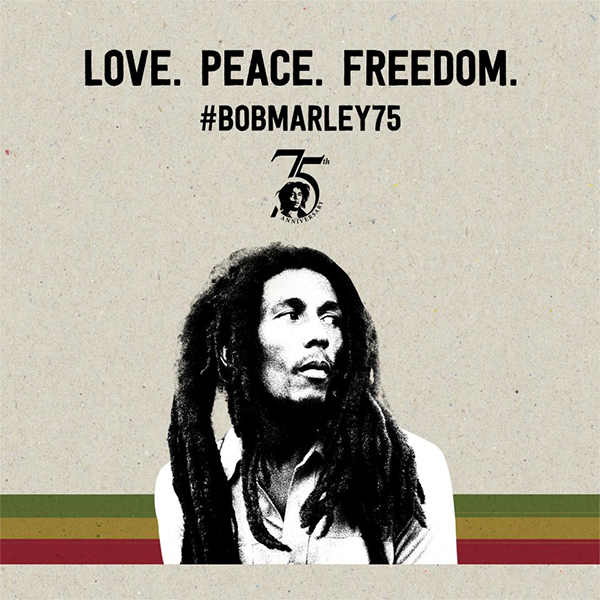 In addition to Bob Marley’s Tuff Gong Radio, fans can also “Stream for Trees” to help the environment while celebrating Bob Marley’s music. One Tree Planted, a non-profit organization focused on global reforestation, in conjunction with UMe, is taking action and planting trees funded by fans streaming Bob Marley’s songs.  Simply connect your Spotify account by clicking HERE and revisit the website any time to see how many trees will be planted throughout the campaign.

On July 24, one of the world’s best-selling and most loved albums of our time, LEGEND will be released as a limited-edition picture disc. Featuring many of Bob’s most memorable songs, from “One Love/People Get Ready” to “Get Up, Stand Up,” “Is This Love” to “Jammin’,” “Could You Be Loved” to “Three Little Birds,” and eight more classics, in celebration of #BobMarley75, the album will be available in a limited edition picture disc presenting the iconic cover shot backed with a previously unseen image of Bob. Pre-order HERE.

Earlier this month, in continued observance of the late and legendary Bob Marley’s 75th Birthday, and in honor of the July 1International Reggae Day celebrations, an official music video for Bob Marley’s “No Woman No Cry,” was released. Directed by Kristian Mercado Figueroa and shot in Jamaica and New York City, the powerful visual explores two tales of a family divided by country but connected by their love and want for a better life for their children. We see a strong and loving Mother strive to look after her children in their homeland. At the same time, the Father works tirelessly, isolated in New York City, working as a taxi driver to better provide for his family back home. The video shines a light on the importance of family and connection while confronting the genuine struggles many families face in the modern world, often forced apart due to poverty. The video for “No Woman No Cry” debuted on Bob Marley’s Official YouTube Channel. Watch HERE.

In this digital era, Bob Marley remains one of the most followed posthumous artists on social media, and MARLEY75 will serve to bring his music and message to the digital foreground, reaching new audiences and perspectives with innovative content and groundbreaking technology. Special live events, exclusive digital content, recordings, exhibitions, plus rare and unearthed treasures will also be revealed throughout the year. Bob Marley’s music continues to inspire generation upon generation, as his legacy lives on through his message of love, justice, and unity, a sentiment needed more than ever in 2020. In conjunction with Tuff Gong and UMe, a division of the Universal Music Group, the Marley family will continue to ensure the highest quality, integrity, and care is taken to honor Bob’s legacy and to celebrate one of the 20th century’s most important and influential figures.

Additional information on MARLEY75 events will be revealed soon.

Bob Marley, a Rock and Roll Hall of Fame inductee, is notable not only as the man who put reggae on the global map but, as a statesman in his native Jamaica, he famously brought together the country’s warring factions. Today, Bob Marley remains one of the 20th century’s most important and influential entertainment icons. Marley’s lifestyle and music continue to inspire new generations as his legacy lives on through his music. In the digital era, he has the second-highest social media following of any posthumous celebrity, with the official Bob Marley Facebook page drawing more than 70 million fans, ranking it among the Top 20 of all Facebook pages and Top 10 among celebrity pages. Marley’s music catalog has sold millions of albums worldwide. His iconic collection, LEGEND, holds the distinction of being the longest-charting album in the history of Billboard magazine’s Catalog Albums chart and remains the world’s best-selling reggae album. Marley’s accolades include inductions into the Rock and Roll Hall of Fame (1994) and ASCAP Songwriters Hall of Fame (2010), a GRAMMY® Lifetime Achievement Award (2001), multiple entries in the GRAMMY® Hall Of Fame, and a star on the Hollywood Walk of Fame (2001).  For more information visit: bobmarley.com and facebook.com/bobmarley.

SPILL NEWS strives to keep our readers up to date with news and events in the music industry. We keep you informed of the most recent information regarding new releases, tour dates, and information items about your favourite artists.
RELATED ARTICLES
bob marleynewstuff gong records
6.0

by Norman Darwen on August 21, 2020
The Wailers One World Sony Music The Wailers–indivisible from Bob Marley of course, but the band has always been about creative musicians, needing not only to make a living but also as an outlet for their own music-making. Of course, as [...]