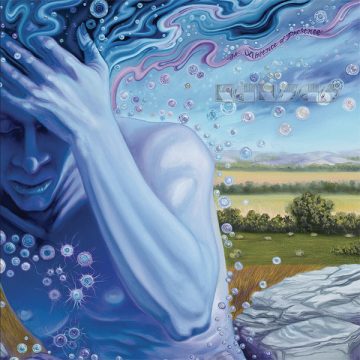 Kansas
The Absence Of Presence
Inside Out Music

The Absence of Presence is the first studio from Kansas since 2016’s very successful The Prelude Implicit, and this album, in some regards, picks up where that album left off. Kansas has always been leaning in the prog rock direction, but for the last few releases, the band has embraced the genre and, quite frankly, excelled. The Absence of Presence is a wonderful album, full of epic prog rock songs. While the band, who have undergone very few lineup changes since reuniting in 1974, is not trying to sound like Kansas, they are rather trying to create their own new and distinct sound. And yet, they do maintain the Kansas sound. There is no doubt that this is Kansas.

The album opens with the incredible title track, “The Absence of Presence”. Starting off with piano, the song soon launches into full rock, or rather prog rock. It allows the band to showcase their talents, with solos and strong, powerful vocals courtesy Ronnie Platt.  From this point, the album flows beautifully from one song into the other. Although it may not be a traditional concept album, it certainly has that feel.

It is not so much as Kansas reinventing themselves, but rather a continuation of growth and exploration. The Absence Of Presence is a terrific album showing a band that has learned more than a few things along the way but is open to keep on learning. While the album does conjure up prog rock and falls into that category, this is Kansas’s version of prog rock, and I for one welcome it.

Born and raised in Whitby, Aaron discovered music through his love of The Beatles. This led to a career in radio, writing for various publications, and ultimately a radio show about The Beatles (Beatles Universe), which ran for over four years. When not immersed in music, Aaron enjoys spending time with the loves of his life -- his wife Andrea, and daughters Emily and Linda (all of whom have an intense love of music too).
RELATED ARTICLES
album reviewalbum reviewsinside out music
7.0