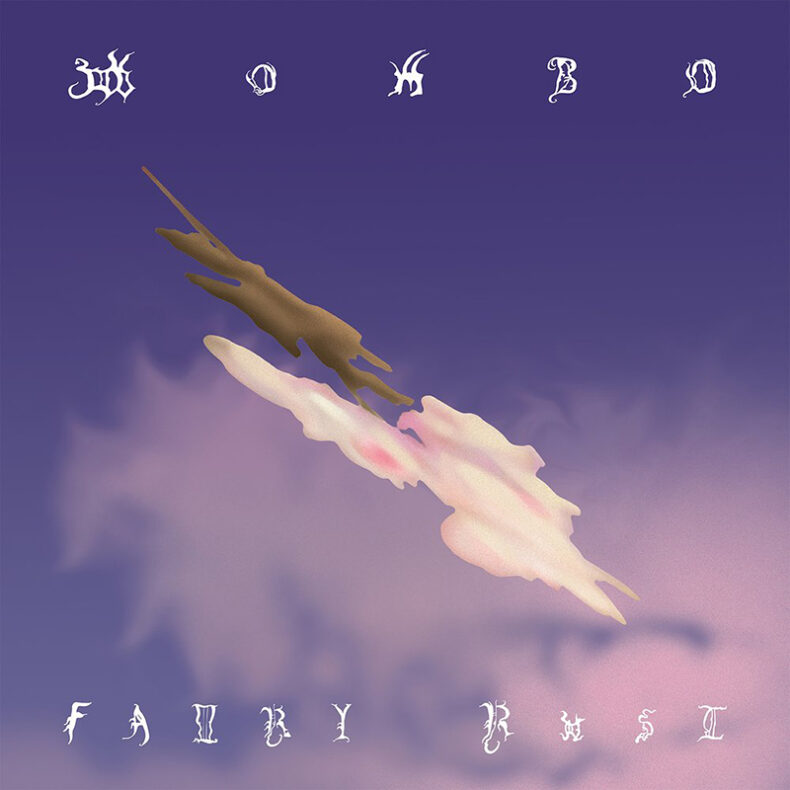 Louisville Kentucky based trio, Wombo, have announced their forthcoming album, Fairy Rust, out July 29 via Fire Talk Records. Along with the announce, Wombo recently shared their second single “Backflip.” “Backflip” was inspired by a freeway drive with Chadwick’s grandmother, where she turned to her in the passenger seat and wondered aloud: “we’re all just gonna meet ourselves at the end of this, aren’t we?”  The single itself accelerates while Chadwick’s eerie vocals twist and guide the piercing guitar into strange and inviting new sonic explorations.  Time itself is a construct that’s constantly revisited during Fairy Rust, and many of the songs are set in a fading twilight ambiance that’s ambiguously watercolor, a portal of potential where anything goes.

Wombo on “Backflip” – It’s about being stuck in a loop, continuously running back into yourself. The video ties into “Below the House” in that it is an extension of the nightmarish-dream world experience we wanted to convey.

‘Fairy Rust,’ the new album from Wombo (Sydney Chadwick, Cameron Lowe, Joel Taylor), contemplates the spaces in-between, a meeting of the physicality of the land with the fluidity of the imagination, to uncanny effect.  Across twelve tracks, sharpened guitar work, distorted freak-outs and downtempo musings see the trio make a sonic leap forward into new and transformative places.  Conceived over the course of the last two years, the record is steeped in its own time warp of escapism, and influenced by fairytales like the Brothers Grimm and Hans Christian Anderson (“RVW” is short for “Rip Van Winkle”) that blend surreal situations with the mundane.  ‘Fairy Rust’ plays on this preoccupation with fantasy (“especially in a time where people are seeming to gravitate towards these kinds of stories”), and the resulting record sounds like no one else.

Wombo stresses that the unknown is key to the ongoing journey of self-discovery.  The future cannot be predicted, and ambiguity should be understood as a crucial part of life.  According to Chadwick, “endings are always beyond my level of understanding or comprehending, or knowing at all. I wanted to end the album with that kind of message, that the mysteries in life are not to be solved but experienced and respected, to be kept at a distance.”  With Fairy Rust the band presents one moment of fragile time that reverberates throughout human experience.

Wombo wrapped up their recent tour with Bambara in New York at Music Hall of Williamsburg on May 14.