News
240
previous article
SPILL BOOK REVIEW: MIKE CIDONI LENNOX & CHRIS MAY WITH RICHARD CARPENTER - CARPENTERS: THE MUSICAL LEGACY
next article
SPILL NEW MUSIC: DASHBOARD CONFESSIONAL LOOK TOWARDS THE FUTURE WITH “HERE’S TO MOVING ON” | FULL-LENGTH 'ALL THE TRUTH THAT I CAN TELL' OUT FEBRUARY 25 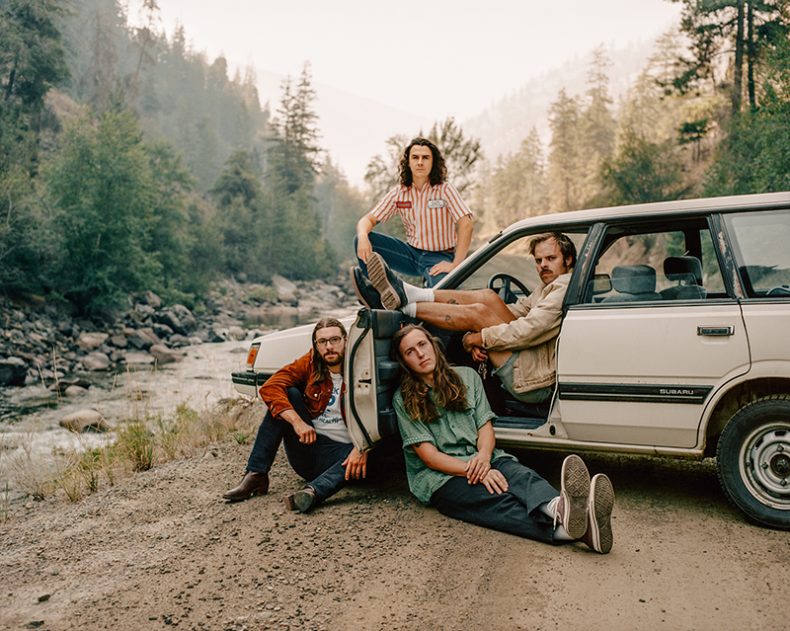 Indie rock band Peach Pit has announced today that their new album From 2 to 3 will be released globally on March 4, 2022 via Columbia Records. Produced by Robbie Lackritz [Feist, Jack Johnson], the 11-track LP infuses more organic and acoustic elements into Peach Pit’s signature-smooth sound, with many band members playing multiple instruments on the record such as tambourine, cowbell, harmonica, lap steel, and more.

From 2 to 3 will be released both digitally and physically, including on vinyl, and is available for pre-order now. The album features lead-track “Up Granville” as well as new song “Look Out!,” released today alongside an official video. Watch the cinematic visual directed by Lester Lyons-Hookham HERE and see full tracklisting below.

In speaking about today’s news, lead-singer Neil Smith says: ‘From 2 to 3 is a collection of songs that were written late at night, alone in a small apartment with a hushed voice so as not to wake anyone. We’re excited to be releasing one of our favorites from the record called ‘Look Out!’; it’s a nod to the apartments and neighborhoods where we wrote these songs, and to the corner store attendants that sold us junk on those late nights. The guys and I and our long-time collaborator Lester also went on a road trip this summer and filmed some videos that we really feel capture the spirit of the music perfectly’.

We’re very excited about releasing new music; making records together is really one of the most fun things for us. But there’s nothing as exciting as the thought of playing live again. It’s something obviously everyone has missed so much, going to concerts, hanging out with your buds. And for us it’s by far the best part of what we get to do. And things are looking up, baby! We can’t wait to see everyone in 2022.”

Coinciding with the album announcement, Peach Pit has also revealed a UK tour for spring 2022. The UK tour will kick off on 9th May in Dublin, Ireland and includes stops in Glasgow, Edinburgh, Birmingham, Leeds, Bristol, Brighton, and Manchester, before concluding in London for a huge headline show at o2 Forum Kentish Town on 19th May.

From 2 to 3 marks Peach Pit’s third studio album. It follows their 2017 debut Being So Normal, which features their self-titled smash “Peach Pit,” as well as their 2020 sophomore LP You and Your Friends, which DIY Mag hailed as “12 tracks of infectious indie-pop gems” while Atwood Magazine described the band as being “at the cutting edge of the alternative music scene.” Led by “Up Granville” and “Look Out!,” From 2 to 3 ushers in an exciting new era of Peach Pit.

SPILL NEWS strives to keep our readers up to date with news and events in the music industry. We keep you informed of the most recent information regarding new releases, tour dates, and information items about your favourite artists.
RELATED ARTICLES
columbia recordsnewspeach pit
9.0

by D.L. Smith-Lee on March 25, 2022
Cannons Fever Dream Columbia Records In a world of division and unrest there are music projects that shine through and remind listeners that it’s okay to want to escape. Fever Dream is [...]