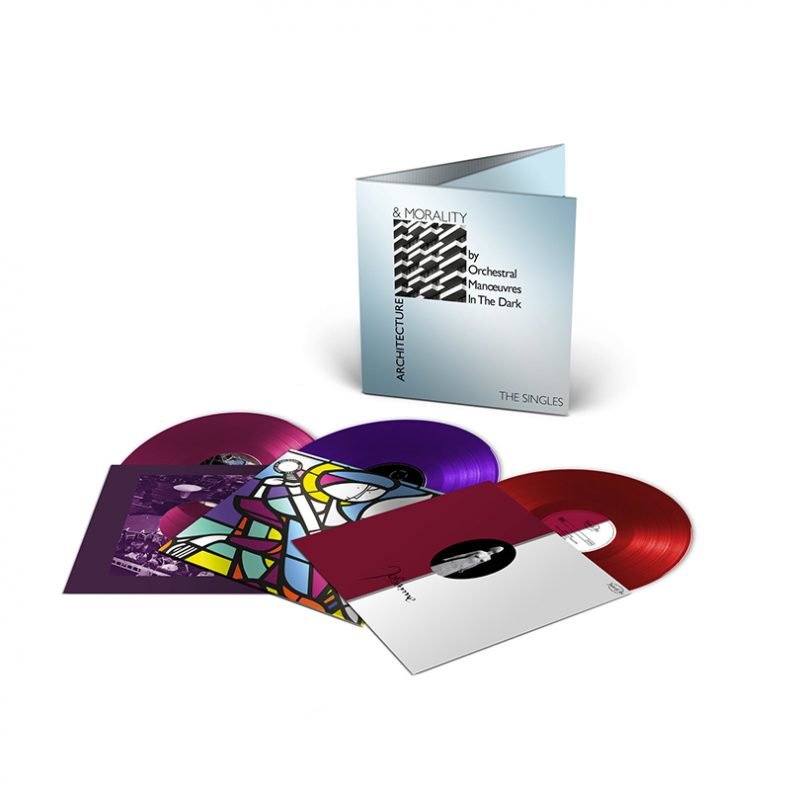 Orchestral Manoeuvres In The Dark (OMD) have announced that they will release “Souvenir,” “Joan Of Arc,” and “Maid Of Orleans,” the international hit singles from their 1981 album, Architecture and Morality, on 12″ vinyl on October 15th on UMe. The announcement follows their incredible “You Me & OMD” Livestream at London’s Indigo at The O2.

Released in 1981, Architecture & Morality was OMD’s third genre-defying studio album. Its iconic use of the Mellotron and choral samples resulted in international critical acclaim and has sold over four million copies worldwide. The three singles from the album, “Souvenir,” “Joan Of Arc,” and “Maid Of Orleans,” all reached the top 5 in the UK singles chart and sold a total of eight million copies combined. It was an album that further solidified OMD as the Kings of the synth-pop world.

“The success of Architecture and Morality took us all by surprise,” Andy McCluskey commented. “Once again, we had followed our raison d’être of changing musical style, but we seemed to have really hit upon a sound that resonated with a wide audience. The three singles’ Souvenir’, ‘Joan of Arc,’ and ‘Maid of Orleans’ all went top five in the UK. To this day, they remain the “Holy Trinity” in the middle of our live stage performances, and the audience reaction is always rapturous.”

Now, for the first time, the band will release the hits as three 12″ singles on 45 rpm colored vinyl. The vinyl contains a triple gatefold sleeve, silver-board & emboss detail, and a download card and is available to pre-order now from HERE.

OMD will also embark on a UK arena tour in November, which will see the band perform songs from Architecture & Morality, plus many more from their legendary back catalog. The tour will stop off at London’s Eventim Apollo, and two hometown shows at the Liverpool Empire and Olympia. Tickets On Sale HERE.

Strap in and prepare for nothing but the best from a band who are unquestionably still at the very top of their game.

SPILL NEWS strives to keep our readers up to date with news and events in the music industry. We keep you informed of the most recent information regarding new releases, tour dates, and information items about your favourite artists.
RELATED ARTICLES
newsomdorchestral manoeuvres in the dark