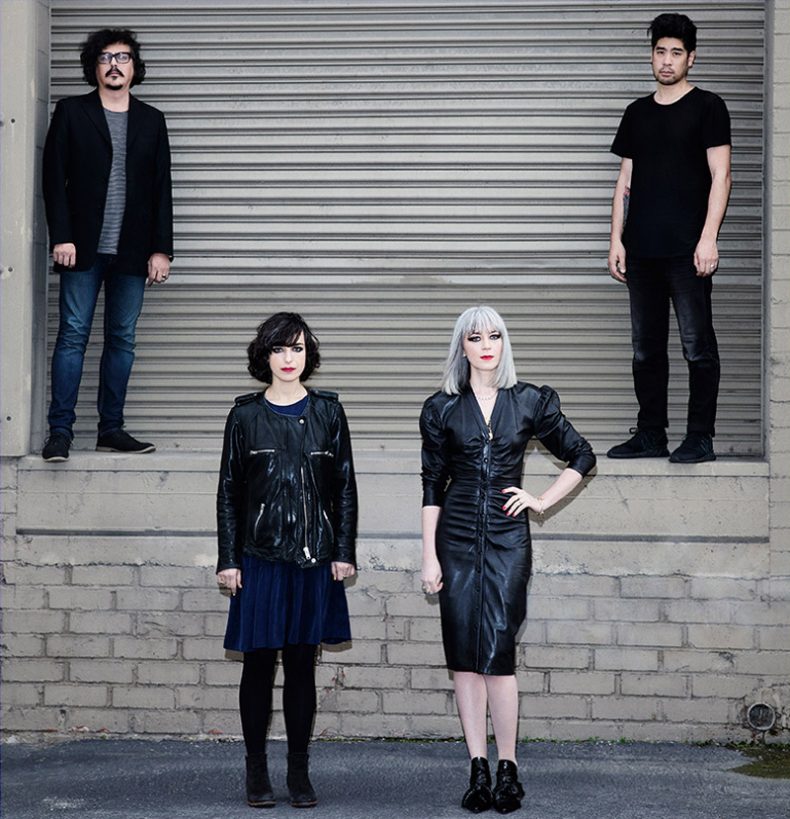 The synth pop quartet Ladytron release their first single and short film for 2020, an audience favorite “Tower of Glass” which is taken from their eponymous sixth album released in 2019, their most critically acclaimed release to date. “Tower of Glass” coincides with Ladytron’s upcoming UK live dates this February and March.

“Tower of Glass” follows the band’s series of short films for previous singles “The Island,””The Animals,” and “Deadzone” and continues the band’s tradition as visual artists as well as musicians. The films have garnered critical acclaim for the band from a variety of sources including cyberpunk kingpin Bruce Sterling for “Deadzone” and NPR who declared the short film for “The Island” a “disquieting miniature sci-fi thriller.”

A startling video which accompanies “Tower of Glass,” is itself a fragment of a short film of the same name, written and directed by Manuel Nogueira, and shot in the remote North East of Brazil.

Manuel explains how the film came about: “This project was born as an invitation to direct and produce a music video. The first visual inspiration came after conversations with Ladytron’s Daniel Hunt about his own inspirations for the lyrics and the music itself. We discussed the fragility of memory, about how our culture is cancelling itself, about our notion of time, love and the fear of losing it all.”

“Time is compressed between our resistance to change and the urgency of the future. We lost the meaning of past and future. There is no time here, not any more,” the director continues.

“That absence of time gives us no pause. No time for negative values, for inherent happiness, for grief, for what is human and for what is divine. No time for love. Everything is in our hands at the same time. This lack of contrast cancels itself in a loop of empty results and full presence becomes a hard task.”

“The only possible redemption is to accept the beauty of this fragile truth and learn to live and love the moment”, Manuel Nogueira concludes.

The cast described the atmosphere on the shoot as if they had “opened a portal,” while Daniel described feeling like “a guest in a new universe” at its premiere in São Paulo.

Ladytron will play three shows in the UK this February/March.

SPILL NEWS strives to keep our readers up to date with news and events in the music industry. We keep you informed of the most recent information regarding new releases, tour dates, and information items about your favourite artists.
RELATED ARTICLES
ladytronnews

by SPILL NEW MUSIC on November 10, 2020
UNION OF KNIVES FEAT. HELEN MARNIE (LADYTRON) – “A TALL TALE” AWAL RECORDINGS The latest release from Union of Knives is the first of two [...]