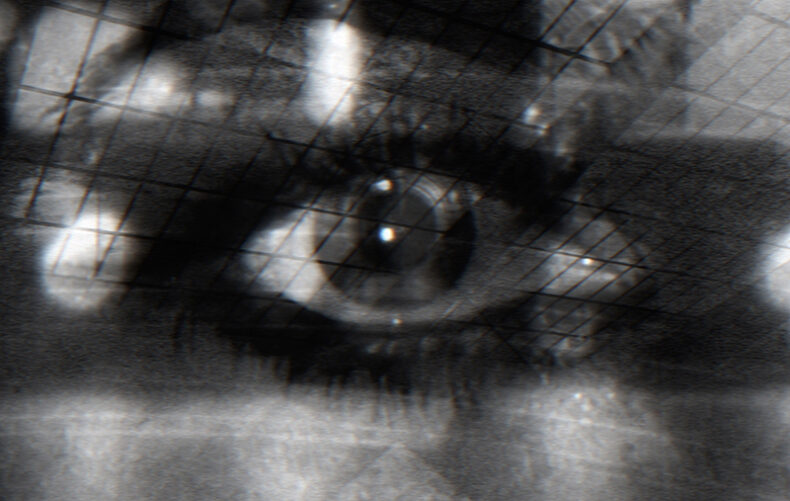 With the song named after the Cassavetes film of the same name, “Faces” evokes a bittersweet longing and euphoric escape, reflected in the music video. It is a photo roman-style clip inspired by Chris Marker’s short film La Jetée and the Italian Giallo genre, in keeping with the haunting aura of Ladytron and their work.

In the mini-film, lead singer Helen Marnie is the disincarnate protagonist, in an encounter with the inhabitants of an atemporal world, played by her bandmates.

The expansive synth heavy production of “Faces” plays on as transient, monochrome scenes of empty train cars and abandoned subway tracks give way to low-fi psychedelia, with an all-seeing eye presiding over hazy cityscapes and intensifying color, as the character ascends to join her comrades.

Ladytron also announces today that they will be performing at Just Like Heaven Festival in Los Angeles on May 13, the newest in a stretch of West Coast U.S. tour dates they will be playing in support of Time’s Arrow this spring. The band will also take the stage in Seattle, Portland, and San Francisco.