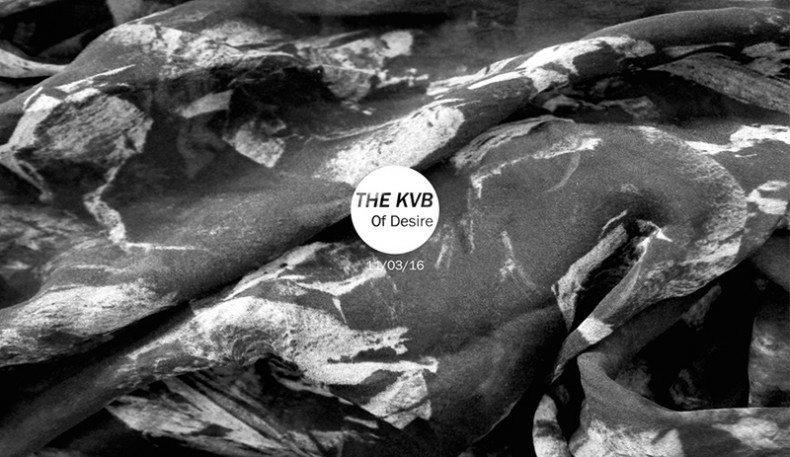 HEAR THE FIRST SINGLE “IN DEEP” BELOW

UK duo, The KVB have announced the release of their new studio album, Of Desire. The album will be released by Metropolis Records on March 11, 2016 and by Invada Records in the UK.

Having begun life in 2010 as a bedroom project for then Southampton-based Nicholas Wood to experiment with ideas around minimal electronica, The KVB expanded with Wood’s partner and collaborator Kat Day, relocating to Berlin in 2014.

The productive pair have released four albums since 2010, with their prolific work ethic also extending to the release of a number of tapes and EPs.

Of Desire will be The KVB’s second LP on Geoff Barrow’s label, Invada Records in the UK (Metropolis in the US). Barrow invited the band to record the album in his studio which the band did using what they describe as his “wonderful synthesisers”.

Their most fully formed record and considered in terms of dynamics, arrangements and instrumentation, taking in influences such as Death In Vegas, Scott Walker and Roxy Music, The KVB have managed to create something that is at once familiar and yet inventive and original.

The album is self produced and was mastered by Sonic Boom at New Atlantis Studio.

Lead single, “In Deep”, a song powered by a motorik beat and distorted blasts of icy guitars, Wood describes as being about longing. He adds , “there is definitely a romantic undercurrent to the record”.

Day expands: “It’s about longing to be with someone and getting lost in a world that you create together.”

The album has a markedly cinematic quality, something the band are keen to explore further. A fitting appeal considering Invada is also home to some of cinema’s most engaging soundtracks of recent years, having released the scores to films like Ex Machina, Solaris, Hannibal and Nicholas Winding Refn’s brutal neon masterpiece, Drive.

Day, who studied Fine Art at Goldsmiths, also provides all of the visual elements surrounding The KVB, from album artwork to video projections for their live performances. Inspired by artists such as CGI experimenter Ed Atkins and German filmmaker, visual artist and video documentarian Hito Steyerl, her work is rich in texture; immersive and alluring.

SPILL NEWS strives to keep our readers up to date with news and events in the music industry. We keep you informed of the most recent information regarding new releases, tour dates, and information items about your favourite artists.
RELATED ARTICLES
metropolis recordsnewsreybee

by Samantha Wu on February 18, 2022
THE BIRTHDAY MASSACRE FASCINATION METROPOLIS RECORDS Toronto natives The Birthday Massacre are back with their 12th studio album Fascination, an offering that is full of the [...]
8.0