News
1
180
previous article
SPILL TRACK OF THE DAY: TEDDYBEARS FT. GORILLA ZOE - "THE BEST YOU EVER HAD"
next article
SPILL NEWS: THE KVB ANNOUNCE RELEASE OF NEW ALBUM 'OF DESIRE' ON MARCH 11TH ON METROPOLIS RECORDS 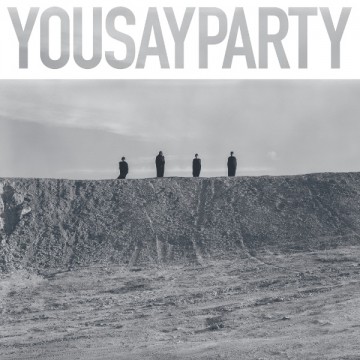 Watch the You Say Party album trailer and the Jeff Scheven-directed video for ‘Ignorance’ below.

You Say Party will release their first new album in six years on February 12th.  The self-titled album is as far from the scrappy DIY new wave-punk days of their first record, 2005’s Hit the Floor, as possible. Space-like and ambient, dreamy and urgent, You Say Party is introspective, artful, electronic pop.  Pre-order the album on CD or vinyl here from Paper Bag Records or here from iTunes.

In 2004, You Say Party played their first punk show in a church basement outside Vancouver, BC. Four years later, they were touring China and Japan on the strength of two acclaimed albums, 2005’s Hit the Floor! and 2007’s Lose All Time. They shifted from new wave-punk into indie pop rock and were poised for breakout, mainstream success with 2009’s award-winning XXXX when tragedy struck. Drummer Devon Clifford collapsed on stage and died suddenly. You Say Party (Becky Ninkovic, Stephen O’Shea, Krista Loewen, and Derek Adam) reunited in 2012 and have spent the last four years slow dancing towards this moment.

You Say Party’s new sound is more expansive and experimental, and while it offers a nod to their past, their legion of fans, and their journey to this moment, it’s also a map pointing the way forward.

SPILL NEWS strives to keep our readers up to date with news and events in the music industry. We keep you informed of the most recent information regarding new releases, tour dates, and information items about your favourite artists.
RELATED ARTICLES
newspaper bag records

by SPILL NEWS on February 7, 2023
SKINNY PUPPY TAPS LEAD INTO GOLD AS DIRECT SUPPORT FOR US/CANADA TOUR STREAM THE NEW LEAD INTO GOLD SINGLE “THE ETERNAL PRESENT” VIA ARTOFFACT RECORDS Artoffact Records, Paul Barker, and Lead Into Gold are excited to announce that [...]

by SPILL NEWS on February 6, 2023
BITCHFEST! 2023 – HIGHLIGHTING FEMALE, NON-BINARY, TRANS AND TWO-SPIRIT VOICES IN THE MUSIC SCENE ACROSS THE GTA “As a result of their efforts, Cachia and Konopka have fostered a community that has connected artists and venues”, says The [...]

by SPILL NEWS on February 6, 2023
JINJER TO SUPPORT HEADLINERS DISTURBED + SPECIAL GUESTS BREAKING BENJAMIN ON “TAKE BACK YOUR LIFE TOUR” TICKETS ON SALE FEBRUARY 10 Last fall, progressive groove metal leaders JINJER took to the road in the United States for their [...]

SPILL NEWS: THE SISTERS OF MERCY ANNOUNCE FIRST U.S. TOUR IN OVER A DECADE

by SPILL NEWS on February 6, 2023
THE SISTERS OF MERCY ANNOUNCE FIRST U.S. TOUR IN OVER A DECADE TICKETS GO ON SALE FEBRUARY 10 The Sisters Of Mercy have announced their first US tour in over 14 years: 19 dates, commencing on May 10, 2023. For over four decades, The Sisters of [...]