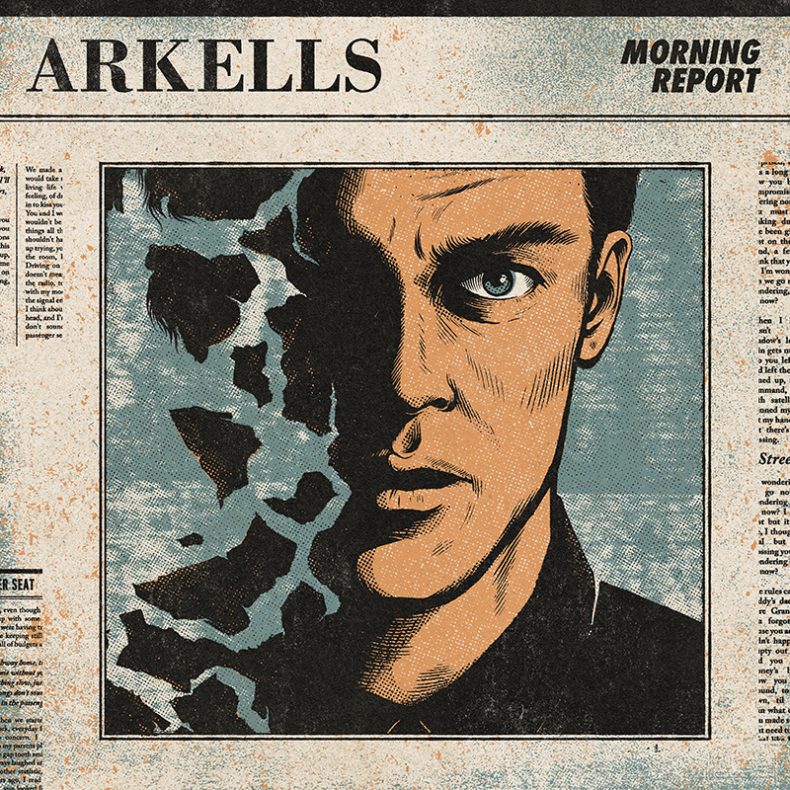 The song comes from Arkells’ highly anticipated new album, Morning Report, which will be released on August 5 on Last Gang Records/eOne in the U.S. and Universal Music Canada. Produced by Joe Chiccarelli (The Strokes, My Morning Jacket), Tony Hoffer (Beck, M83), Brian West (Sia, AWOLNATION), and Gus van Go (The Stills, Wintersleep).  This is the band’s fourth album and first on Last Gang Records for the U.S. Morning Report is Arkells’ first record since 2014’s High Noon, which landed on #1 on the Canadian iTunes chart and earned the band a certified Gold record (Canada) and 2015 JUNO Awards for Best Group and Best Rock Album.

“Many of the songs are inspired by friends and family: I have a lot of interesting characters in my life and take a lot of joy in being able to write about them,” Kerman admits. “A lot of songs start from what happened the night before – that’s where the title comes from: friends who text the next day and demand ‘Give me the morning report!’” Max continues, “this is our weirdest, funniest, saddest record yet, and therefore, our most honest one, too.”