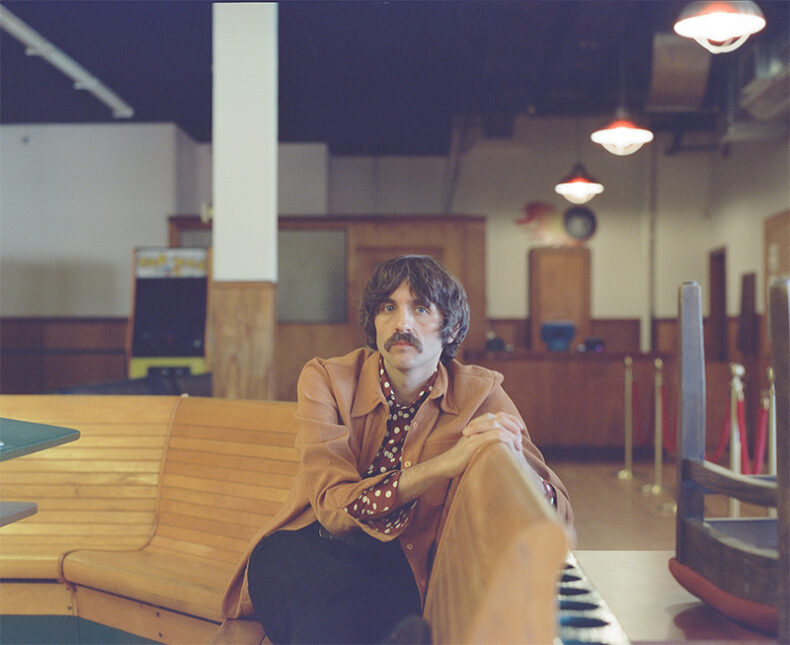 NEW LP NOTHING PRESSING OUT EVERYWHERE NOW VIA LATENT RECORDINGS

Currently finishing up a month-long tour of Europe, Jerry Leger will soon embark on a four week tour across Ontario, Nova Scotia, New Brunswick, and Prince Edward Island in celebration of his acclaimed new LP Nothing Pressing. All dates are listed below and tickets and more information can be found HERE.

Written during the pandemic, Nothing Pressing isn’t the only thing has kept Leger busy while off the road. In 2020 Leger published his first book of poetry Just the Night Birds, made a film for his mailing list subscribers The Apartment Show He Never Gave, while releasing what he terms a “surprise” album, Songs from the Apartment.

Songs from the Apartment was a stripped-down lo-fi affair recorded in his home using a cheap tape recorder with an internal microphone. Two songs from the current album, “Underground Blues” and “Sinking In”, were also recorded in Leger’s home, this time using two SM58 microphones fed into his vintage 1981 Tascam 4-track tape recorder. The remaining nine tracks included on Nothing Pressing present Leger’s work in two starkly contrasting soundscapes. “Nothing Pressing”, “Protector”, and “Still Patience”, are solo acoustic recordings cut live in the studio with little embellishment save Dan Mock’s overdubbed harmony vocals and, on the title track, producer Michael Timmins’ ukulele. The other six tracks are prime roots rock and roll featuring his long-time band The Situation (drummer Kyle Sullivan and bass player Dan Mock). Among the latter songs, “Kill It With Kindness” and “Have You Ever Been Happy?” have the kind of drive, energy and spirit that  are sure to make them highlights of his future live shows.

Leger often times finds himself at a loss as to explain the source of his songs. He feels his  songwriting, while clearly drawing on experiences filtered through a panoply of influences, often verges on being a supernatural experience. Over the course of the eleven songs on Nothing Pressing, the songwriter’s songwriter engages with questions of existence, mortality, hope, trust, and heartbreak while simultaneously conjuring feelings of isolation, reflection, longing, and gratitude. 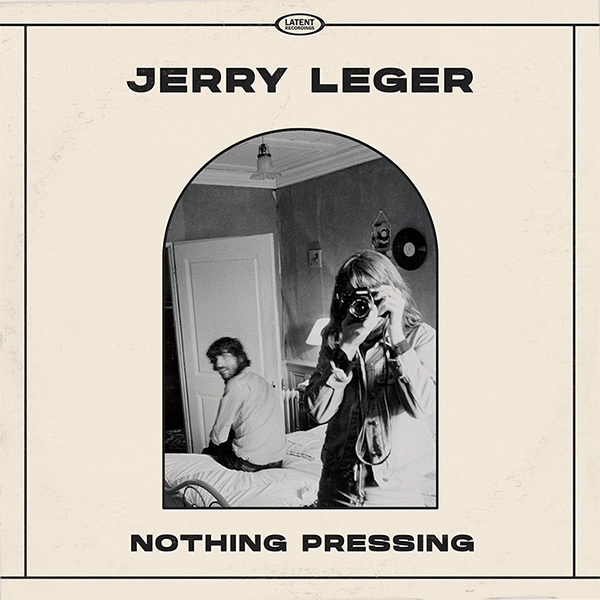 Paired with such evocative lyrics are wonderfully crafted melodies, soulful vocals, and the spirit and energy of a mature songwriter, comfortable in his skin and growing as an artist with every release. Nothing Pressing serves a wonderfully refreshing tonic in troubling times.

Born in the mid-80s, singer-songwriter Jerry Leger came of age in the Upper Beaches area of  Toronto. Surrounded by music from a young age, his grandfather first turned him onto Hank  Williams, constantly playing the youngster a plethora of the honky tonk master’s great  recordings. Although Williams’ voice came from another world in terms of time, geography,  and class, Leger was intrigued by the ways that Williams’ songs told a story and often conjured up mysterious images in his head. Other seminal influences were slowly added including John Lennon (and the Beatles), Bob Dylan, Lightnin’ Hopkins, Leonard Cohen, Elvis Costello, Neil Young, the Everly Brothers, Tom Waits, and Gordon Lightfoot.

In 2005 as Leger turned nineteen he cut his first independently released album. In the sixteen  years since then the multi-talented singer-songwriter has recorded nine additional studio  albums as well as one live compilation under his own name. In 2014 he was signed to the  Cowboy Junkies’ label, Latent Recordings, releasing the critically acclaimed Early Riser that  same year. His second Latent release, Nonsense and Heartache, followed in 2017. A year  later the two-album set was picked up by Proper Records for distribution in the U.K and  Europe, leading to extensive touring throughout the continent, in the process opening up a  whole new audience for Leger’s finely crafted songs. With his next Latent album, 2019’s Time Out for Tomorrow, Leger began to receive positive notices in such high-profile music  magazines as Uncut and Rolling Stone.

A restless hungry spirit, when not performing and recording under his own name, Leger stays busy with a plethora of side projects including The Del Fi’s (loose improvisatory rock and  roll) and the Bop Fi’s (Leger reciting his poetry over jazz accompaniment). He has also been known to work under the pseudonym Hank Holly (bonus points go to those who can figure out where that name came from!).

SPILL NEWS strives to keep our readers up to date with news and events in the music industry. We keep you informed of the most recent information regarding new releases, tour dates, and information items about your favourite artists.
RELATED ARTICLES
jerry legerkill it with kindnesslatent recordings
8.0

by Ljubinko Zivkovic on March 16, 2022
Jerry Leger Nothing Pressing Latent Recordings It could be something in the water or having too much time to spend alone when it gets really cold so you can’t do much else but [...]

by SPILL NEW MUSIC on February 6, 2022
JERRY LEGER ANNOUNCES NEW LP NOTHING PRESSING + SHARES VIDEO FOR FIRST TRACK “HAVE YOU EVER BEEN [...]