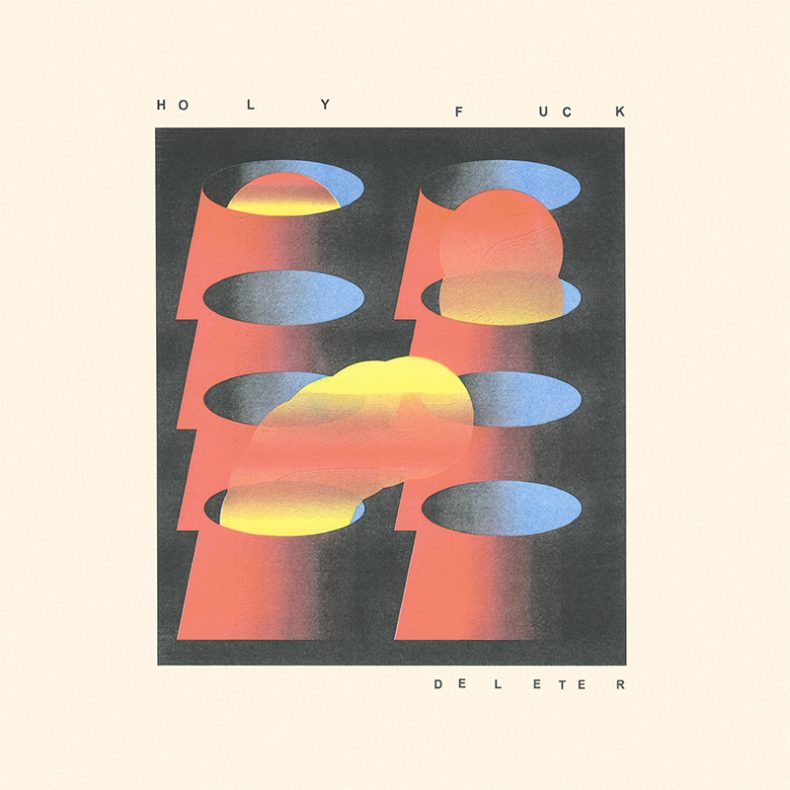 Holy Fuck have today announced details of new album Deleter, which will be released on January 17th, and is further previewed with the video for acclaimed latest single Luxe (ft. Alexis Taylor). Having just concluded a US tour alongside Hot Chip, the seminal Canadian band will play a selection of European headline dates later this month (with a London show at Moth Club on October 23rd selling out immediately). Watch the video for Luxe below today.

The video to Luxe was created by Spanish illustrators, Cynthia Alfonso and Óscar Raña, aka Rapapawn (with Cynthia also producing all of the artwork for Deleter). Introducing the visual, Holy Fuck describe how “synesthesia is a big part of the creative process for us; deciding where to pan instruments, how to treat them in the mix, as well as the overall song writing process – you naturally connect it to the visual. It’s then out of our hands the moment we ask someone else to handle artwork and videos. But that’s the most interesting part…’seeing’ how someone else sees it.

For the video, Cynthia and Oscar were able to take this visual world of Deleter to the next dimension, creating a world that feels a lot like the one we lived in when we were in the studio making the record. We love how they distort mundane, industrial, inanimate objects to create something emotional and organic… something so fundamentally human. In the process of bringing things to life, they make them either playful or dangerous. Everything ‘off-gases.'”

Holy Fuck have always been happy to plow a distinctly lone furrow. Never ones to chase the limelight or hop on any genre-wagon, they’ve played by their own rules for the past part of 15 years. It’s for that reason that Holy Fuck have become one of their country’s finest, and most influential, exports, with their widescreen, technicolour, crescendo-heavy and highly danceable sound often finding itself imitated, but never bettered.

Spiritually, Deleter is an album that explores what happens when humanity and technology coalesce into one big, semi-organic celebration of the joys of spontaneity, repetition, and individuality. As the band puts it, “the robots are smarter than ever, and the algorithm knows more and more what we like as individuals, but we have to remind ourselves that there is music in the margins that can go missing and that that music is more important than ever.” Marginal or not, Deleter is the sound of Holy Fuck freely ebbing and flowing in their own unique ecosystem. As a listener, you’ve got a choice – carry on with the passive consumption, or push back, engage, and move to something worth of your time. Something like Deleter.

SPILL NEWS strives to keep our readers up to date with news and events in the music industry. We keep you informed of the most recent information regarding new releases, tour dates, and information items about your favourite artists.
RELATED ARTICLES
alexis taylorholy fuckhot chip