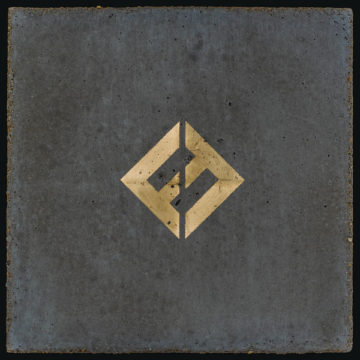 For a turbulent series of weeks in 2016, the rumour mill- based on very little substance- spat out the idea that one of rocks biggest bands was on the brink of breaking up. Yep, following the release of Sonic Highways and the subsequent tour, it was rumoured that the Foo Fighters were to call it quits. Needless to say, fans were both shocked and anxious for what was to come. In response, the band put out a humorous video parodying what would have happened if this were true, and then cleared the air that the band would take a hiatus to cool off from years of the tireless album-to-tour cycle, allowing them to contribute to different projects. It came as just as much of a surprise when the Foo Fighters debuted their latest track and music video, “Run” in June of this year. Talk about a short break as the Foo’s are back with their ninth record, Concrete And Gold. Aside from including a handful of surprise guests, Justin Timberlake and Boys II Men’s Shawn Stockman on backing vocals and Paul McCartney on drums, the record was also produced by Greg Kurstin whose production list is an education in modern pop.

Concrete And Gold opens with the brief “T-Shirt”, a track that sees lead vocalist Dave Grohl croon over soft jazz chords like a 1950’s lounge singer. The song unexpectedly evolves into a hard rocker, more in tune with the rest of the record, and just like that, it’s over. While short, “T-Shirt” immediately demands the attention of the listener and perfectly sets the tone for one of the biggest rock records of the year. The record then dives into the previously mentioned lead single, “Run”. Not only is the song an amazing blend of screaming vocals and pop sensibilities- largely from the moving choruses and Latin groove from drummer Taylor Hawkins- but it also features what is arguably the best music video ever. Concrete And Gold is also most likely the grooviest album from the Foo’s, as best heard on “Make It Right” and “La Dee Da”. “Make It Right” features one of the band’s most rhythmic guitar riffs and stands out as one of the strongest tracks on the record because of it and the tight half time groove behind it. “La Dee Da” on the other hand is led by Nate Mendal’s bass and the keys of the band’s newest member, Rami Jaffee, to make a song that sounds like a collaboration between the Foo’s and Queens Of The Stone Age who were recording their recent record, Villains, just a few blocks away during the same period.

As heard from the first two tracks, Concrete And Gold creates an interesting mix of music that blurs the lines between hard hitting rock with softer pop elements, similar in manner as to what Queen once did. Now the Foo Fighters have always navigated their way through heavy material (“White Limo”, “The Pretender”) and softer rock (“Learning To Fly”, “Times Like These”), but never have they done so in a manner that is so seamless, even within the same song. The album’s second single, “The Sky Is A Neighborhood” is a great example of a semi ballad that offers a crunchy chords and a foot stomping pulse with a very catchy chorus that gives the song a pop flair.  However, perhaps the band’s most impressive attempt at this comes in the form of title track “Concrete And Gold”, the albums sludgy, atmospheric, and dragging closing track that serves as a grand conclusion that is primarily heavy instrumentally while Grohl’s vocals give the song a breath of fresh air to lighten the tone.

At times, if “Run” and “Make It Right” are any indication, Concrete And Gold features some of the heaviest work the Foo Fighters’ have put out.  At other times, it is also their softest album as they channel The Beatles through their extensive use of rich backing harmonies and sudden jazz influence on “Happy Ever After (Zero Hour)” and “Sunday Rain”.  Few artists would think to bridge the two contrasting styles, and fewer could do so with such a level of conviction, style, and overall coherence. Simply put, Concrete And Gold is a brilliant take on modern music as the Foo Fighters branch out and get a touch experimental to create their grooviest record to date that seamlessly looks to the worlds of modern rock and metal, as well as pop, for a rich and eclectic well of inspiration. While deciding which album is the best from a band of the likes of the Foo Fighters is a difficult, if not a near impossible task. I am certain that Concrete And Gold exceeds all the surrounding hype to deliver a collection of eleven songs that stand amongst the band’s strongest records.

A passion for music has always been a part of Gerrod’s life. As a young boy, he was raised on a steady diet of the music from The Chili Peppers, Aerosmith, The Stones, Prince, and others from his mum. Raised in the GTA, Gerrod continued to foster his love for music by attending a wide range of concerts and learning the drums. His unapologetic passion for music has no bounds and has spread to a wide variety of styles, whether it be the 90’s rock that sound tracked his teenage years, the jazz he studied in university, or his newfound love for hip-hop. He recently received his bachelors in music and education from York University and is passionate about writing and reviewing good (and less than good) music. Gerrod is also the drummer and songwriter for a Toronto based rock & roll band, One In The Chamber.
RELATED ARTICLES
album reviewsfoo fightersrca records