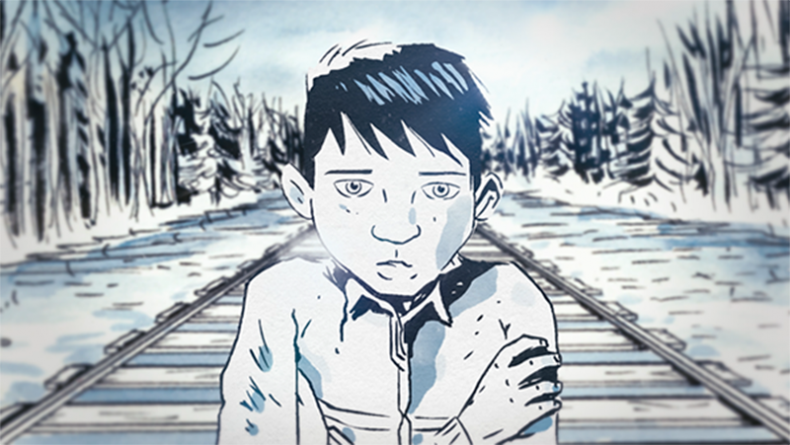 Mike and Gord Downie and the family of Chanie Wenjack today announce the creation of a new Fund focused on creating new relationships between Indigenous and non-Indigenous peoples. The Gord Downie & Chanie Wenjack Fund is part of Gord Downie’s legacy, commitment and recognition of the wounds that will take generations to heal.

At the closing concert of The Tragically Hip’s Man Machine Poem Tour on August 20, Gord Downie called upon Canadians to look North and “do something”. He since travelled to Ogoki Post to meet with the family of Chanie Wenjack. Chanie was a young boy who died in October 1966, walking the railroad tracks, trying to escape from the Cecilia Jeffrey Indian Residential School. Chanie’s story will be told through Secret Path, an album and a graphic novel that will be released on October 18, with an animated film adaptation on October 23.

“It’s time for us to acknowledge and help the people we were trained to ignore. It’s time to do something,” said Mike Downie. “This Fund will help make this a reality and will act as a catalyst to forge relationships for reconciliation.”

“Our family and community are grateful that Gord is lending his voice to this important story,” the Wenjack Family said in a statement. Several members of the Wenjack Family will be present at the inaugural Secret Path performance at the National Arts Centre in Ottawa on October 18. A second concert will take place at Roy Thomson Hall in Toronto on Friday, October 21.

The Fund is currently operating out of the Toronto Foundation, with a majority of Indigenous peoples on its Board of Directors. It is being guided by the National Centre for Truth and Reconciliation. 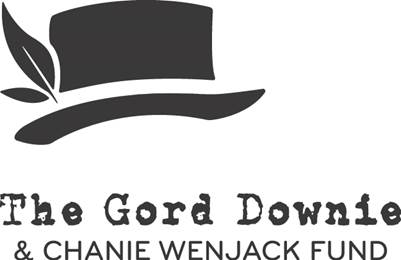 Donations to the Fund are now being accepted at downiewenjack.ca. The Fund is also on Twitter and Facebook.

The fund announcement is accompanied by “The Stranger”, the first full song and chapter of Secret Path. Adapted from Gord Downie’s album and Jeff Lemire’s graphic novel, The Secret Path chronicles the heartbreaking story of Chanie’s residential school experience and subsequent death as he escapes and attempts to walk 600 km home to his family. The film will be broadcast by CBC in an hour-long commercial-free television special on Sunday, October 23 at 9pm (9:30 NT) and streamed worldwide at cbc.ca/secretpath at 9pm ET.

“The Stranger” appears in advance of Gord Downie’s exclusive interview for CBC’s The National with CBC News Chief Correspondent Peter Mansbridge. Airing tonight, Thursday, October 13 at 9pm on CBC News Network and at 10pm (10:30 NT)on CBC, the intimate and emotional conversation touches on Downie’s health for the first time, and how he has been inspired to open a dialogue in Canada about Indigenous issues and reconciliation.

Secret Path will arrive on October 18, 2016, in a special deluxe vinyl and book edition released by Arts & Crafts, and as a book with album download published by Simon & Schuster Canada.

For more information on Secret Path and reconciliation visit www.secretpath.ca.

SPILL NEWS strives to keep our readers up to date with news and events in the music industry. We keep you informed of the most recent information regarding new releases, tour dates, and information items about your favourite artists.
RELATED ARTICLES
cbccharlie wenjackdave hamelin