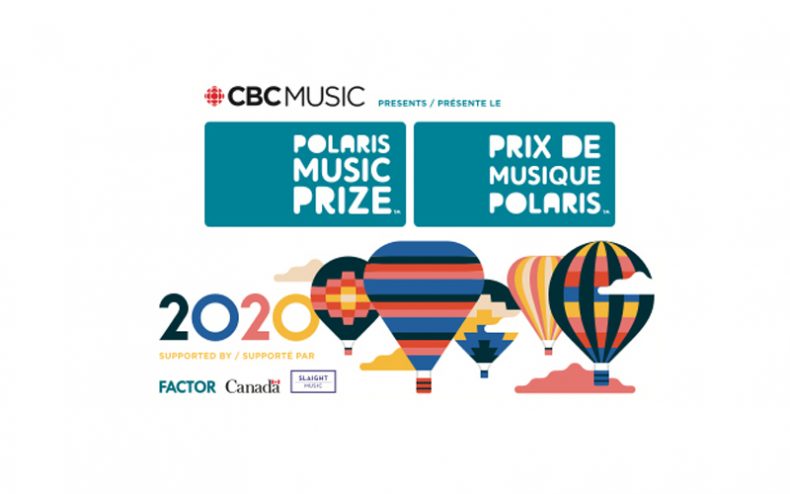 
The Polaris Music Prize, presented by CBC Music, will reveal its 40 album Long List on June 15 with a little help from our friends.

This year’s Long List will be presented by Canada Council for the Arts and will feature an array of past Polaris nominees revealing this year’s albums.

The 10 album Short List will be unveiled live on July 15 on a CBC Music radio special. The 2020 Polaris Music Prize-winning album will be revealed via CBCMusic.ca/Polaris at a later date. For more information visit CBCMusic.ca/Polaris.

The Polaris Music Prize awards $50,000 to the artist who creates the Canadian Album of the Year, judged solely on artistic merit, without consideration for genre or record sales. Additionally, the nine other nominated acts whose albums make the 2020 Short List will receive $3,000 each courtesy of Slaight Music.

Albums eligible for 2020 Polaris Music Prize consideration must be released between May 1, 2019 and May 31, 2020. An independent jury of music journalists, broadcasters and bloggers from across Canada determines the Long List and Short List. Eleven people from the larger jury pool are then chosen to serve on the Grand Jury. This Grand Jury will select the Polaris Music Prize winner.

CBC/Radio-Canada is Canada’s national public broadcaster. Through our mandate to inform, enlighten and entertain, we play a central role in strengthening Canadian culture. As Canada’s trusted news source, we offer a uniquely Canadian perspective on news, current affairs and world affairs. Our distinctively homegrown entertainment programming draws audiences from across the country. Deeply rooted in communities, CBC/Radio-Canada offers diverse content in English, French and eight Indigenous languages. We also deliver content in Spanish, Arabic and Chinese, as well as both official languages, through Radio Canada International (RCI). We are leading the transformation to meet the needs of Canadians in a digital world.

CBC Music connects Canadians with the very best in music. Available through the CBC Listen app, online, on radio and in television specials throughout the year, CBC Music privileges Canadian artists and songs. Offering 200 free music streams, CBC Music draws from all genres and classifications with knowledgeable hosts and programmers. Home to the JUNO Awards and your favourite music from across the country, discover the next great act with CBC Music. For more, visit www.cbcmusic.ca

About Canada Council For The Arts

The Canada Council for the Arts is Canada’s public arts funder. The Council’s grants, services, initiatives, prizes, and payments contribute to the vibrancy of a creative and diverse arts and literary scene and support its presence across Canada and abroad. The Council’s investments foster greater engagement in the arts among Canadians and international audiences. www.conseildesarts.ca

SPILL NEWS strives to keep our readers up to date with news and events in the music industry. We keep you informed of the most recent information regarding new releases, tour dates, and information items about your favourite artists.
RELATED ARTICLES
cbccbc musicdrive