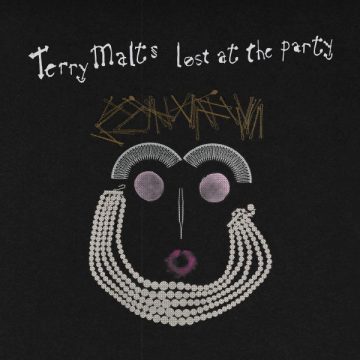 The third album coming from Terry Malts, Lost at the Party is rich, explosive and buoyant that will keep your feet moving. Notable of the Terry Malts sound, his punk backbone is certainly not lost in songs such as “Won’t Come to Find You”. Though, on tracks such as “When the Nighttime Comes”, his melodic, loving voice caters to a new variety punks. This time around, lo-fi songs turn into bright and infectious musical recipes. With straight forward drums and a wide variety of guitar – spanning from aggressive pop and gentle rhythms – the music is extremely colourful. Terry Malts makes punk music for the heart and lead singer Phil Benson’s radiant Brit-like voice is soft, but elegantly intrusive.

The distorted guitars turn in to tender chords, which pave the way for Benson’s deep voice. The band took a risk by spending more time in the studio, but fortunately their new sound has reemerged the 80’s British punk revolution. The vibe notable of Terry Malts has not been lost, but has been changed from something fearful into something prominently warm. Shades of Joy Division and The Ramones can be heard throughout the record, but Terry Malts offers a new wave of pop-punk. The swinging hooks full of love and lust are a great way to get your hips moving. Terry Malts has achieved niche pop-punk sound, but every song transitions to a different era. On songs such as “It’s Not Me”, you’re flashed back to the 50’s, boogie-ing with your sweet teenage friends. On “Playtime”, a more modern rock and roll sound is engineered, similar to the sound of NYC legends, Interpol. Lost at the Party is a bubbly, loving album with punk British roots entrenched in every riff, preserved by California punk rockers.

Josh is a 20 year old creative story-teller who has submersed himself in a wide range of rock and roll sub-genres. You can find him at one of Toronto's many concert venues or exploring the city - usually behind the camera.
RELATED ARTICLES
album reviewslost at the partyseen everything
8.0