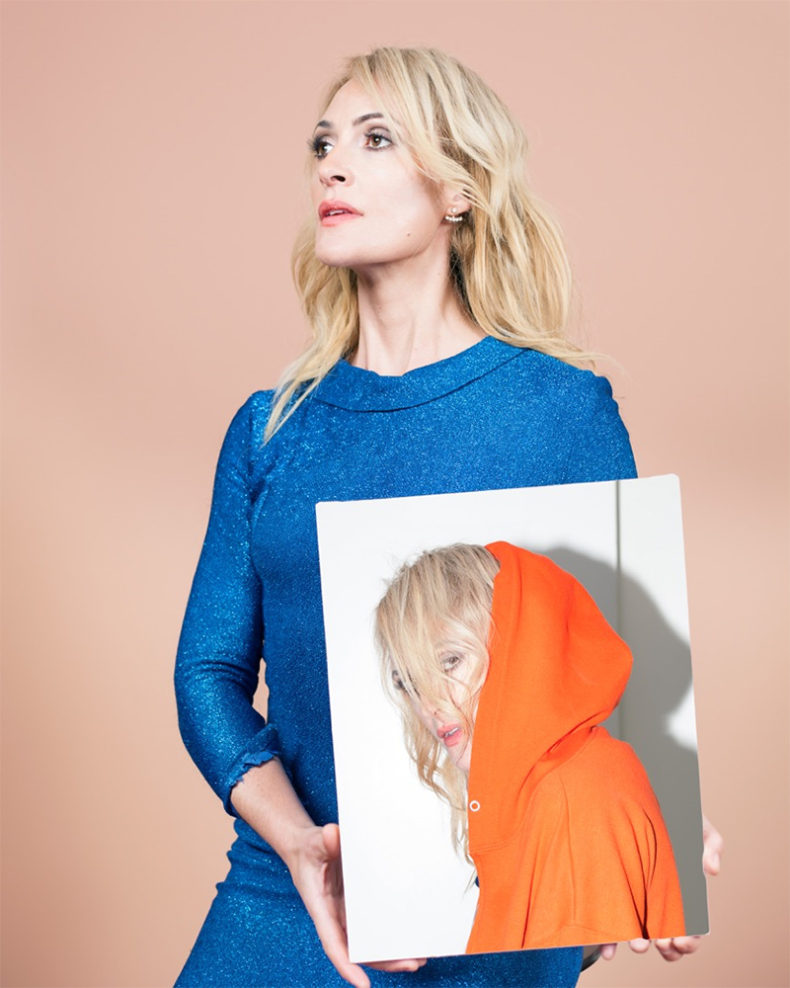 Although we live life in a linear way, Emily Haines is a woman who sees the importance of the cyclical nature of time. Now a decade on from the release of her celebrated solo album Emily Haines & The Soft Skeleton, Knives Don’t Have Your Back (2006) and companion EP What Is Free To A Good Home? (2007) Emily returns with a new full length, solo album Choir of the Mind for release on September 15, 2017. Details of the album were exclusively revealed by The Globe and Mail in a feature article earlier today, which notes, “Parts of the album that would normally have become string arrangements were instead turned into layers of vocals, the resulting impression being ‘a lullaby over a panic attack.’”

Reuniting with the same record label, Last Gang Records/eOne who handled her previous solo work, the debut single Fatal Gift is available everywhere today. “Most of the songs on the album came to me out of some recent major changes in my life, and others were composed when my life felt more stable,” says Emily. “Of them all, Fatal Gift is the song that has lived with me the longest, through many incarnations. This is the right time for the definitive version to be heard. The song embodies for me the undeniable fact that no matter how high I climb, that voice, pulling me back to my essential self remains. We all pursue symbols of achievement, but utopian material promises are hollow.”

“The things you own, they own you,” is the revelatory call in Fatal Gift that begins as a beautiful, plaintive ballad of piano and voice but builds to a sonic, propulsive mantra verging on six-minute dance track. The video for Fatal Gift is available here and was directed by long time artistic collaborator Justin Broadbent who brought his considerable artistic and directorial talent to Metric’s 2012 award winning release, Synthetica. As with every element of her new record, Emily is deeply involved in the vision and execution of every single detail.

Where her two previous solo offerings largely dealt with her processing and grieving the loss of her father, the revered writer, poet and jazz lyricist Paul Haines, Emily continues to grapple with some of the harder-edged life subjects on her new LP; life, loss and being a woman in the world. But with the passage of time, and living through the career accomplishments she’s earned within her almost 20 years of being a front woman, songwriter, producer, business woman and style icon with her award-winning band Metric, Emily has an ever-evolving lens to distill her stories and life perspective, anchored by a home base within a familiar circumference of the streets of Toronto that always serve to inspire her.

Choir of the Mind was for the most part composed and inhabited in stolen moments with her piano over the past few years of intensive work with Metric. The selected songs that would become this 13 track album were recorded over a number of weeks in 2016 at Giant Studios, which is housed in those familiar blocks in the West end of Toronto where Emily and Jimmy have each lived and worked for the past two decades. The album was co-produced by Emily and her longtime band mate, spiritual advisor and musical partner Jimmy Shaw (who also mixed the album), and engineered by Kenny Luong. It sees Sparklehorse drummer, Scott Minor return to duty on “Legend of the Wild Horse,” as he also played on the original Soft Skeleton recordings.

Always focused on the songwriting and the element of performance, Emily is planning to tour Choir of the Mind with limited engagements in unique and intimate venues, driven by her singular, inspiring and artistic vision for how she wishes to present her work to her audience. These highly anticipated upcoming tour dates and more information on Choir of the Mind will be announced shortly.

SPILL NEWS strives to keep our readers up to date with news and events in the music industry. We keep you informed of the most recent information regarding new releases, tour dates, and information items about your favourite artists.
RELATED ARTICLES
emily haineseonelast gang records
8.0