SPILL NEWS: DREAMCAR SHARES FIRST SINGLE “KILL FOR CANDY” FROM DEBUT SELF-TITLED ALBUM DUE OUT MAY 12th VIA COLUMBIA RECORDS 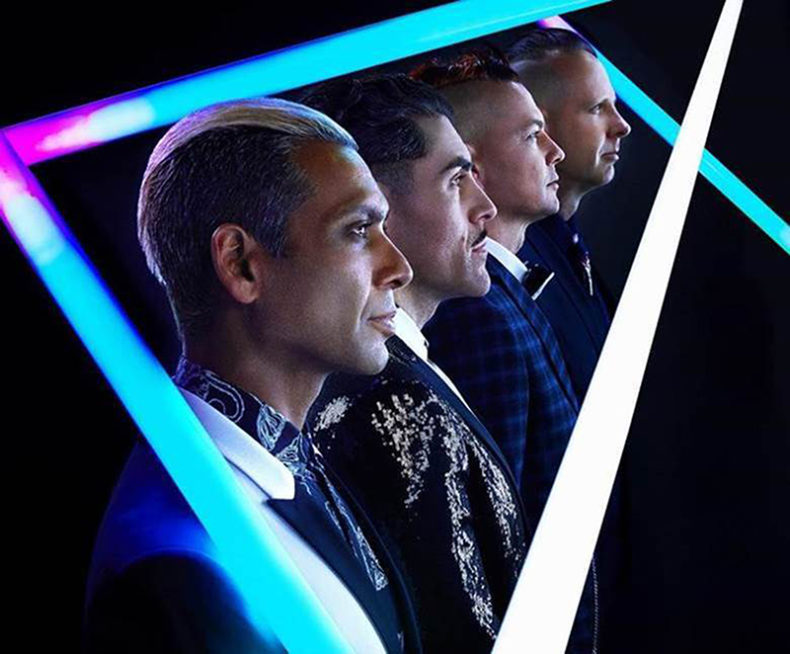 SELF-TITLED ALBUM DUE OUT MAY 12th VIA COLUMBIA RECORDS

Dreamcar today shared “Kill For Candy,” the rollicking lead single off their forthcoming debut album Dreamcar, due out May 12, 2017 via Columbia Records and produced by Tim Pagnotta.

“Kill For Candy” instantly enchants with its upbeat energy and sweet, saccharine chant punctuated by a twisting and turning guitar and driving rhythms. “There’s an honesty in all of my lyrics,” Havok states. “This one speaks to a perhaps dangerous and unhealthy desire for the sweet.”

“We’ve had nothing but a great time making this album,” says Tony Kanal. “I’m so glad our first single is finally out. We can’t wait to play live for everyone.”

Dreamcar today also announced a selection of live dates around their appearances at the 2017 Coachella Valley Music and Arts Festival. Tickets for the band’s headlining shows are available now HERE. A complete list of upcoming live dates can be found below.

Next month Dreamcar will make their network television debut performing “Kill For Candy” on Jimmy Kimmel Live. Tune into ABC on Tuesday, April 18th at 11:35/10:35pm C to catch the performance.

SPILL NEWS strives to keep our readers up to date with news and events in the music industry. We keep you informed of the most recent information regarding new releases, tour dates, and information items about your favourite artists.
RELATED ARTICLES
columbia recordsdreamcarkill for candy

by Matt Owczarz on September 20, 2019
Blink 182 NINE Columbia Records NINE is the eighth studio album from legendary pop-punk trio Blink 182, in which the band emphasizes their pop over punk sensibilities. Like the rainbow neon tinge [...]
9.0

by J.D. McIvor on May 17, 2019
Tyler, The Creator IGOR Columbia Records Tyler, The Creator’s newest effort, IGOR, demonstrates just how gifted the 28-year-old artist really is. Ever since Odd Future took over years ago, [...]
9.0