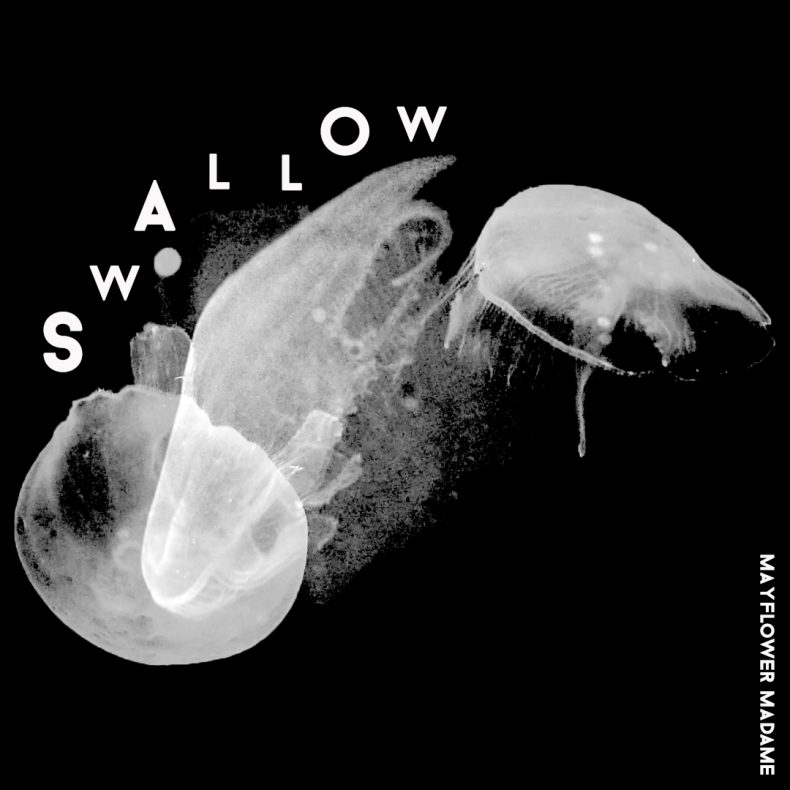 With every passing year, Scandinavian artists are collectively growing a sizeable presence on the music scene. While most people immediately associate this with Sweden’s massive activity and output, being the largest mainland European hub for new music releases, Norway is gradually making its presence known. With that, today we present the premiere of the new ‘Swallow’ single from psychedelic post-punk outfit Mayflower Madame.

Although often painted as similar to The Soft Moon, Joy Division, The Black Angels, Jesus & Mary Chain, Psychic Ills and Black Rebel Motorcycle Club, we could add a few more bands to that list, including The KVB, Cold Cave, Ritual Howls, Tempers and Ash Code. This is dark and delightful, rebel rock and roll through the prism of cold Nordicity.

Their dark and distinctive blend of post-punk, shoegaze and psychedelia sees a new chapter with new ‘Prepared for a Nightmare’ album, which will be released in late March via French label Only Lovers Records, in collaboration with Portland’s Little Cloud Records and Parisian label Icy Cold Records.

“Swallow” is the second single off this album. Frontman Trond Fagernes shared these words “This album shows a dreamier, more pop-oriented side of the band compared to the darker, more hard-edged first single “Vultures”. We have not really been conscious about it while writing the song, but it kind of sounds like inspirations from shoegaze and surf-psych have been blended in with our more typical aspects of psych-noir and post-punk. However, we still feel that it’s true to our “signature sound” while also contributing to the upcoming album’s variety and wholeness. “Swallow” is a love song – it’s about the dependence and fragility one might feel in a relationship – involving both a fear of and a desire for submission.”

Mayflower Madame formed in 2011, at first rehearsing in a desolate industrial building where they shared space with a carwash company. Their hazy, smoke-laden sound was conceived naturally amidst these gritty surroundings. The band soon recorded a four-track demo. leading them to be named ‘Unsigned Band of the Week’ on one of Norway’s biggest radio stations.

After a few years of playing shows across Scandinavia, carefully honing their sound along the way, Mayflower Madame finally released their debut album ‘Observed in a Dream’ in 2016. Through eight tracks of theatrical psych-gaze exploration and dark romanticism, the album conveyed the wintry feeling of their home country – icy and gloomy, haunting and majestic.

Tours in North America and Europe followed, followed by the ‘Premonition’ EP in 2018, a 4-track collection of apocalyptic love songs, and more touring and festival circuit in France, Germany, UK and Eastern Europe between recording sessions for their second LP.

Their much-anticipated second album ‘Prepared For A Nightmare’ sees the band delving even deeper into their own distinctive blend of psych-noir and post-punk with elements of shoegaze and noise-rock.

As of February 25, ‘Vultures’ is available across digital platforms, including iTunes and Spotify. ‘Prepared for a Nightmare’ will be released on March 27 and can be pre-ordered at https://mayflowermadame.bandcamp.com/album/prepared-for-a-nightmare.

Also check out the album’s first single ‘Vultures’ with directed by Astrid Serck, who recreates the mood of the song by visualizing a hypnotic, partly controlled chaos filled with tension with a combination of collage animations and video imagery, including live footage of the band and a dance sequence by Norwegian drag artist Remi Johansen Hovda.