News
97
previous article
SPILL FEATURE: THEY NEVER EXPECTED IT TO BE IMPORTANT - A CONVERSATION WITH KENNETH WOMACK - AUTHOR OF SOLID STATE: THE STORY OF ABBEY ROAD AND THE END OF THE BEATLES
next article
SPILL NEWS: SPINNING COIN ANNOUNCE NEW ALBUM 'HYACINTH' OUT FEBRUARY 21 & SHARE NEW SONG “FEEL YOU MORE THAN WORLD RIGHT NOW” 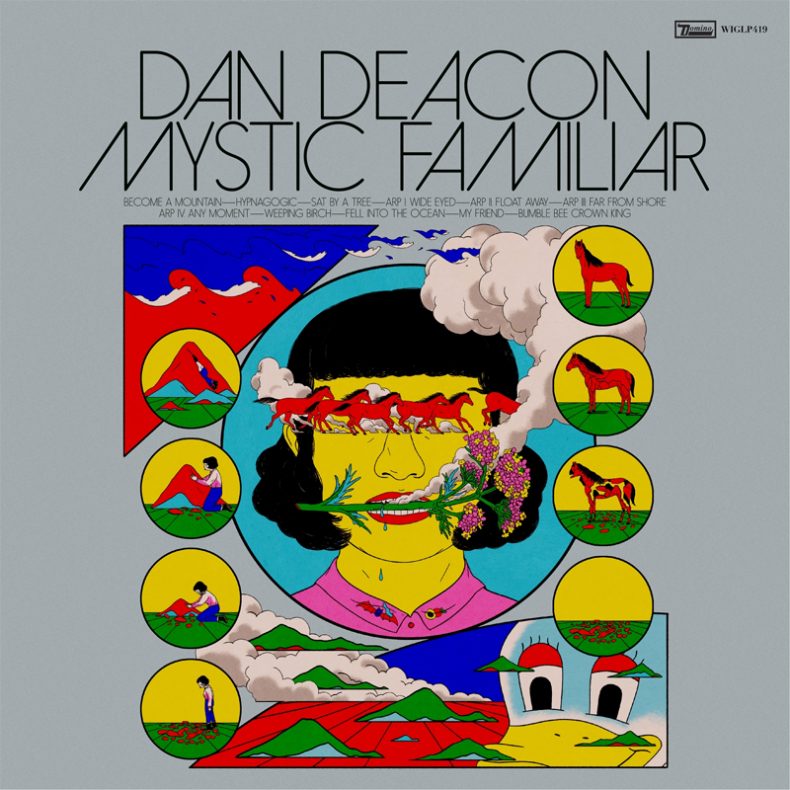 Dan Deacon announces Mystic Familiar, his new album out January 31st on Domino, lead single/video “Sat By A Tree,” and a North American tour (tix on sale HERE this Friday, November 1st at 10am local time).

With Mystic Familiar, Dan gives us the result of years of obsessive work, play, and self-discovery. It’s at once his most emotionally open record and his most transcendent, 11 kaleidoscopic tracks of majestic synth-pop that exponentially expand his sound with unfettered imagination and newfound vulnerability.

Since 2015’s Gliss Riffer, Deacon has branched out into an array of collaborative projects including film scores to Rat Film, HBO’s Well Groomed, ESPN’s 30 for 30: Subject to Review; collaborating with the NYCBallet’s resident choreographer Justin Peck, LAPhil and Baltimore Symphony Orchestra.

While fulfilling, these projects lacked Dan’s singing voice. In the midst of that whirlwind of activity, he returned whenever he could to a personal oasis⁠—the songs that would become Mystic Familiar, informed by all these collaborations but built from within. Deacon’s writing took an exploratory new direction developed with therapeutic practices of self-compassion and mindfulness, daily prompts from Brian Eno’s deck of Oblique Strategies and the use of meditation. These techniques produced songs that paint life as a psychedelic journey brimming with bliss and disruption, darkness and light.

It’s a vulnerable shift in a songbook abundant with characters, metaphors, and modulations. This voice-focused album is also the first record in which each song was built around one central concept—the Mystic Familiar, a supernatural other being that we carry with us everywhere in our head, which only we can hear and with whom we live our lives in eternal conversation.

Mystic Familiar takes a propulsive leap with the robot-performed drums and soaring melodies of “Sat By a Tree.” Lyrically, the song conjures campfire reflections on key memories with the hard-won clarity of time, a dialogue with an anthropomorphic tree on chilling out, and befores and afters of life and death. The video, directed by Daren Rabinovitch of film and animation studio Encyclopedia Pictura and starring comedian Aparna Nancherla, uses natural world elements, vivid colors, and a cartoon-like aesthetic to reflect on time and the precious shortness of life (not for those with an aversion to bugs).

SPILL NEWS strives to keep our readers up to date with news and events in the music industry. We keep you informed of the most recent information regarding new releases, tour dates, and information items about your favourite artists.
RELATED ARTICLES
dan deacondominonews
8.0

by Vicki Mahony on August 25, 2017
Dan Deacon Spiderman Of The Rings Carpark Records The best way to describe the music of 2007 is that emo rock was at its peak in popularity and sound, and hip-hop was as ever present as [...]