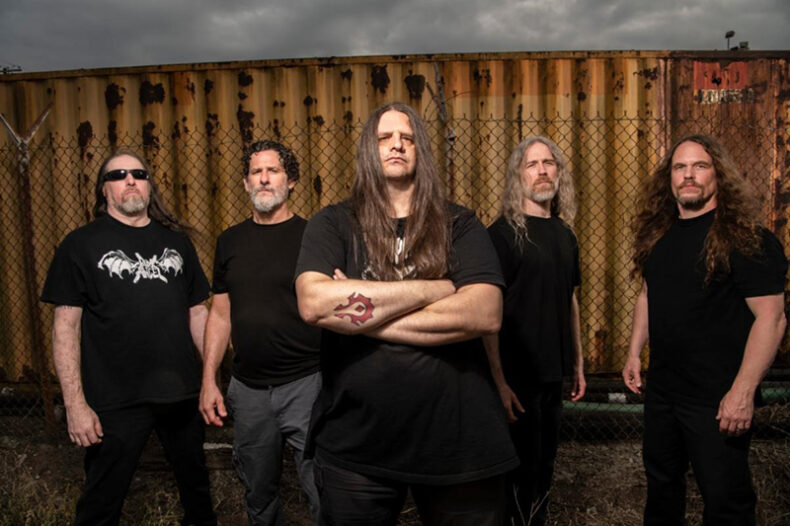 Long running death metal icons CANNIBAL CORPSE will kick off a short run of East Coast headlining shows this week surrounding their performance at this year’s edition of the Decibel Metal & Beer Fest in Philadelphia, Pennsylvania. Support will be provided by Sanguisugabogg and 200 Stab Wounds on select shows. See all confirmed dates below.

CANNIBAL CORPSE continues to tour in support of their critically adored Violence Unimagined full-length, released last year via Metal Blade Records. Comprising eleven tracks, Violence Unimagined is state of the art death metal played with passion and breathless precision, making for another flawless addition to what is inarguably one of the premier catalogues of the genre. While they continue to do what they do with aplomb, the one substantial change to CANNIBAL CORPSE is the addition of guitarist Erik Rutan to their ranks, joining bassist Alex Webster, founding drummer Paul Mazurkiewicz, guitarist Rob Barrett, and vocalist George “Corpsegrinder” Fisher. Known for his roles in Morbid Angel, Ripping Corpse, and most notably fronting the mighty Hate Eternal, Rutan has long established himself as one of the most dynamic forces in contemporary death metal. Simultaneously, he has built up a reputation as one of the most in demand producers in metal, having previously produced four CANNIBAL CORPSE albums (in addition to Violence Unimagined), alongside the likes of Goatwhore, Soilent Green, and Belphegor. Filling in live on guitar since 2019, in 2020 he became a full member, contributing to the writing process.

SPILL NEWS strives to keep our readers up to date with news and events in the music industry. We keep you informed of the most recent information regarding new releases, tour dates, and information items about your favourite artists.
RELATED ARTICLES
cannibal corpsemetal blade recordsnews

by Andre Skinner on February 24, 2015
Cannibal Corpse / Behemoth / Aeon @ The Phoenix, Toronto February 24th, 2015 Sweaty bodies and by a barrage of death metal ripping through the venue’s PA system [...]