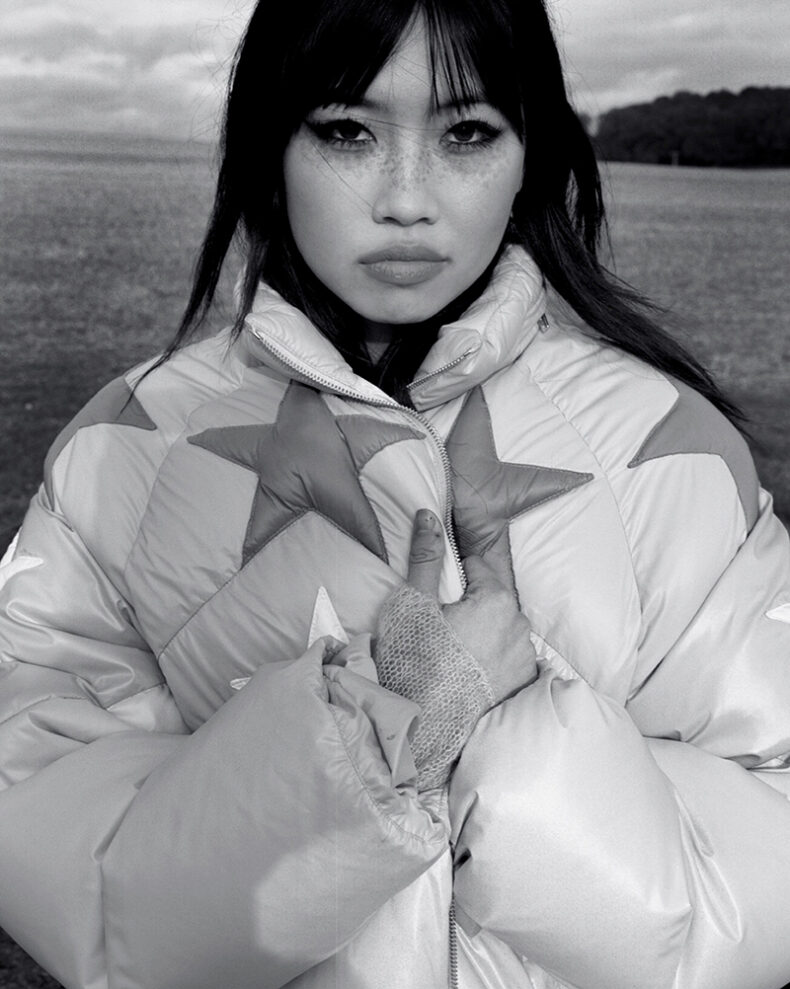 Ahead of joining Taylor Swift on The Eras Tour early next year, award-winning Gen Z icon beabadoobee will appear on The Tonight Show Starring Jimmy Fallon on Monday, December 5 at 11:35 pm ET/PT and 10:35 pm CT on NBC for a live performance of her single “the perfect pair” from her recently released critically-acclaimed sophomore album Beatopia. In the meantime, make sure to catch Bea’s stunning, acoustic NPR Tiny Desk performance which sees her perform an unreleased song as well as reimagine fan favorites with a breathtaking string section.

Bea will be joining Taylor Swift on her stadium The Eras Tour early next year and is about to wrap up her U.S. headline tour with openers and Dirty Hit labelmates Lowertown. PRESS HERE for all upcoming tour dates.

Born as a testament to the wonders that self-acceptance and loving the people around you can conjure, Beatopia opens up a fantastical and deeply personal world formed in the imagination of 7-year-old beabadoobee. PRESS HERE to stream / download. The album received global praise, hit #4 on the UK Official Album Chart, and features singles “Talk” and “10:36” as well as standout tracks “the perfect pair,” “Sunny Day,” “Lovesong,” and “See You Soon.”

Receiving acclaim on both sides of the pond, NPR praised the album as “a blend of timelessness and immediacy” while Rolling Stone hoped Bea keeps making albums “as good as this one.” Pitchfork lauded the LP as “simultaneously heavy and light, dense and playful, melodic and dissonant” and Stereogum called it “…a leap forward… a woozy, pretty, accessible record.” The Sunday Times said that “She still sounds like nobody else today — meshing the music of her parents’ generation with a Gen Z shrug” and NME praised Bea for “exploring a new sonic palette with confidence.” Kerrang said “The sheer range of sounds attempted here is impressive” and Dork lauded Beatopia as marking “beabadoobee as an artist able to set her own terms. Inventive, playful and…truly magical.”

SPILL NEWS strives to keep our readers up to date with news and events in the music industry. We keep you informed of the most recent information regarding new releases, tour dates, and information items about your favourite artists.
RELATED ARTICLES
jimmy fallonnewsthe tonight show

by SPILL NEWS on January 4, 2018
SOFI TUKKER ANNOUNCES LATE NIGHT TELEVISION DEBUT ON THE TONIGHT SHOW STARRING JIMMY FALLON ON JANUARY 8TH AT 11:35 ET “BEST FRIEND” CURRENTLY #20 ON THE US POP RADIO CHART AND #25 ON THE US ALTERNATIVE RADIO CHART NYC duo Sofi [...]

by Aaron Badgley on December 7, 2017
ROCKIN’ AROUND THE CHRISTMAS TURNTABLE! A SPILL MAGAZINE BREAKDOWN OF SOME OF THE TOP 2017 CHRISTMAS RELEASES You can blame Bing Crosby, or thank him, it all depends on how much you like Christmas music. In 1928 Bing Crosby provided the [...]