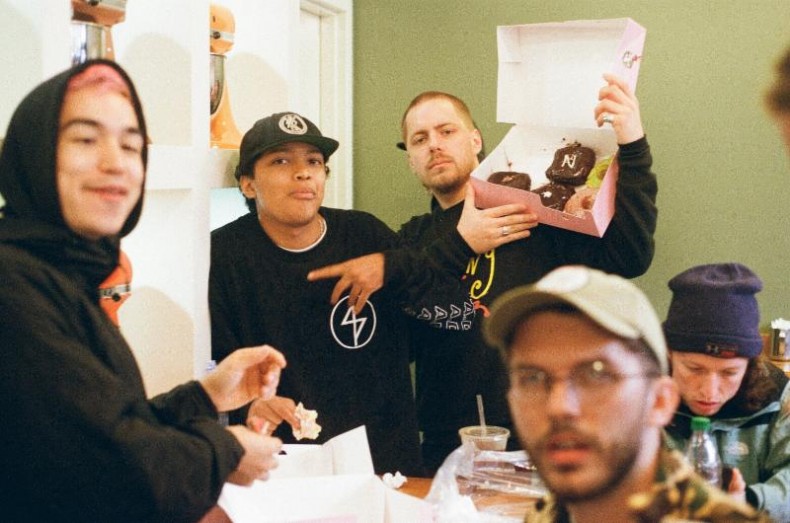 Following the release of their debut album A.D. in 2014, Angel Du$t are back today to announce the release of their new album and share its first track. Rock The F**k On Forever carries on the sound of A.D., though the song craft is even tighter, catchier and more fun this time around, as evidenced by lead track “Stay.” The album also arrives as the inaugural release through Pop Wig Records.

Check out “Stay” above, see below for more information about Angel Du$t, Rock the F**k On Forever and all upcoming tour dates. Head to the Pop Wig Records site to pre-order the “Stay” 7″ now.

About Angel Du$t and Rock The F**k On Forever in their own words:

Angel Du$t has been a band for like 3 or 5 years of something. Hailing from the city of Baltimore, these guys don’t f**k around when it comes to making rock music. Do you like the Lemonheads and the Bad Brains at the same time? Of course you do. This is kind of like that, but with less heroin involved.

Rock The F**k On Forever isn’t just the name of their new LP, it’s a command. If you want nothing more in life than to rock your stupid ass off, then do yourself a favor and pick this shit up straight from Pop Wig Records. Angel Du$t has other records but this one is way better than the old bullshit. This record was recorded and produced by Will Yip, who did Title Fight, Citizen, Circa Survive and more. I bet he sang on it too or something. He also did the Turnover record that I know you all f**k with. TBH IMHO this shit rocks hard as f**k.