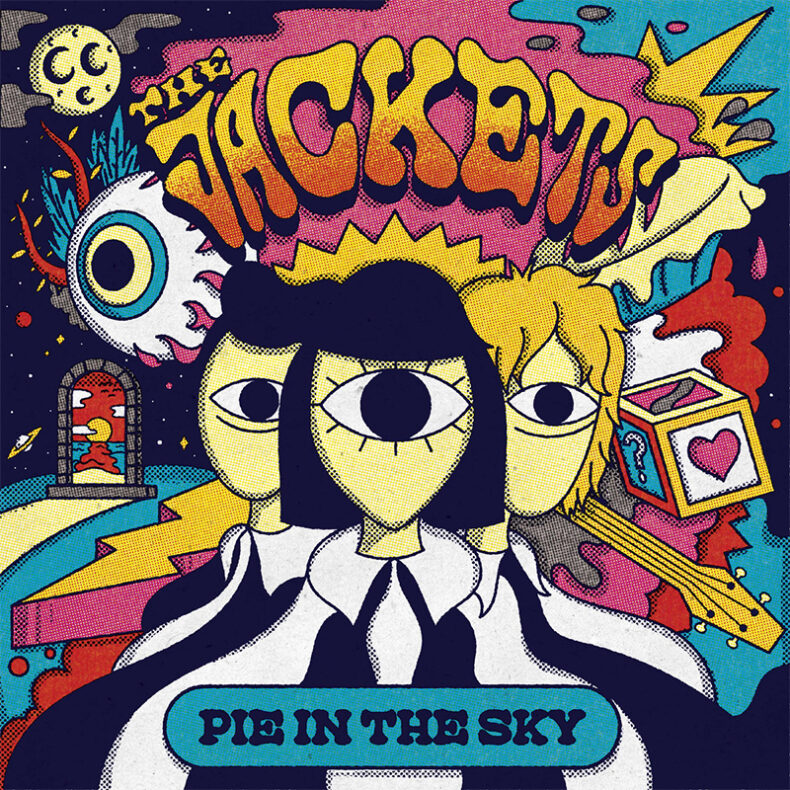 THE JACKETS RETURN WITH THEIR NEW SINGLE “PIE IN THE SKY”

One of the more recognizable trios in the new wave of garage punk, The Jackets, enter a new chapter in their career with the formation of Wild Noise Records, which issued the band’s debut label single, “Pie In The Sky,” on all digital platforms recently, and will see a vinyl release in March 2023. To coincide with the announcement they have recently revealed the single’s video.

The subject matter behind “Pie In The Sky” revolves around the up-side of being a complete stranger in a new environment, a sense of starting over with a clean slate. The band’s frontwoman, Jack Torera, pens the song upon observation and with care regarding a personal friend going through grief and she elaborates on the song’s concept below.

“I have a friend who was brokenhearted for a very long time. The song talks about ways to get out of such a situation: Make a move forward, make a shift, change something, and the possibility of pulling oneself out of a dark problem with energy, creativity, and strength. I also imagined something that could help to make a negative spiral a positive swing through this energy.” (Jack Torera – 2022)

“Pie In The Sky/”Misery of Man” is The Jacket’s follow-up to their acclaimed Queen Of The Pill album and one of two confirmed 7″ releases for 2023. A cross-continental production, the band entered Shirt-Off Studio in Bern with Sebastian Zwahlen to helm the recording process and enlisting notable Detroit producer Jim Diamond to handle the mixing and mastering process. The artwork is the creation of the Romanian-based animator Andy “Sinboy” Luke.

Since Queen of the Pill‘s release, The Jackets have maintained momentum through tours across the European Union, United Kingdom, United States, Canada, and Mexico. No strangers to the European festival circuit as well, crowds that have witnessed the band’s aerodynamic and raucous live spectacle include Funtastic Dracula (ES), Cosmic Trip (FR), Purple Weekend (ES), Festival Beat (IT), EuroYeyé (ES), and Hipsville A Go Go (UK).

“Pie In The Sky” is available on all DSPs and will be released on vinyl in March 2023 via Wild Noise Records. Pre-orders are available HERE.