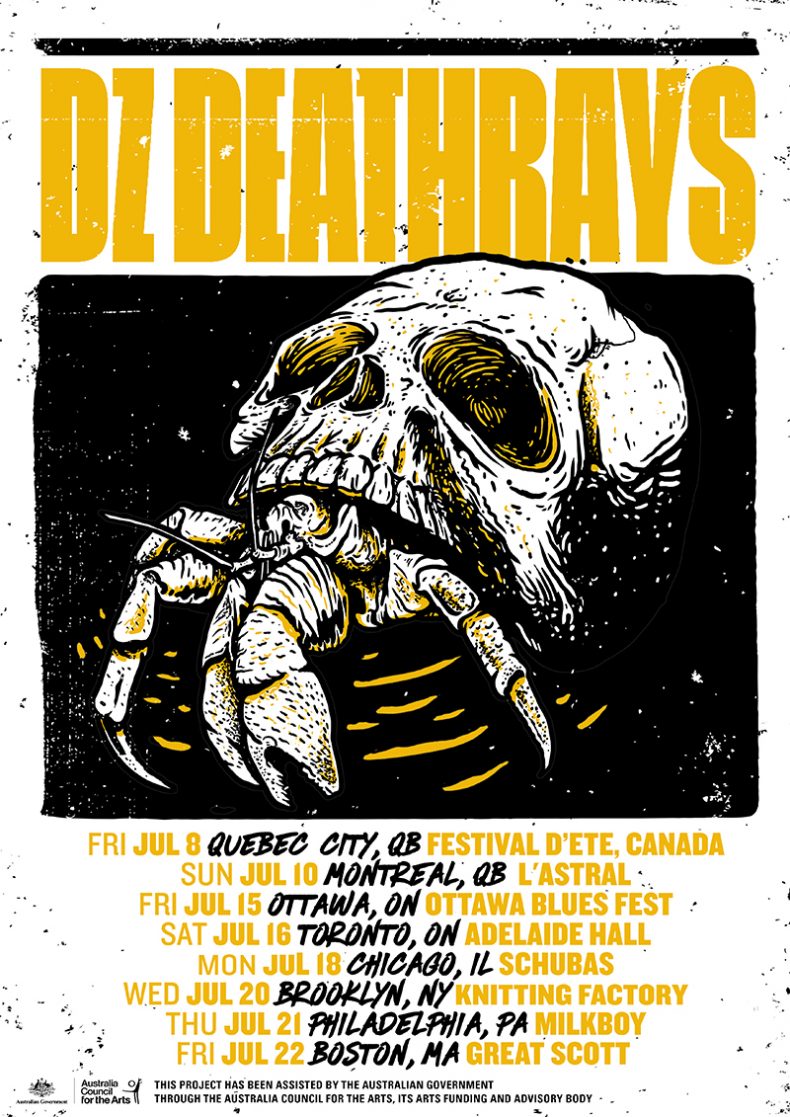 Recently, the band premiered a new single titled “Blood On My Leather” via Triple J which is available for purchase and streaming on Dine Alone Records via iTunes. Watch + share the quirky new video for “Blood On My Leather” featuring stand-up comedian Arj Barker from Flight of the Conchords fame below.

DZ Deathrays are Brisbane’s overly accomplished thrash party duo made up of Shane Parsons and Simon Ridley. The pair has sold out multiple tours across Australia and New Zealand, opened for The Foo Fighters’ stadium tour, and accumulated two back to back ARIA awards for Best Hard Rock / Heavy Metal albums Bloodstream (2013) and Black Rat (2014) released last year on Dine Alone.

For their latest single, “Blood On My Leather,” DZ Deathrays teamed up again with Black Rat producer Burke Reid (Courtney Barnett, The Drones). “Blood On My Leather” hits you straight on with Ridley’s pounding drums and ceases to relent as Parsons’ heavy guitar riffs and brash trademark vocals weave through the single’s quick twists and turns.

SPILL NEWS strives to keep our readers up to date with news and events in the music industry. We keep you informed of the most recent information regarding new releases, tour dates, and information items about your favourite artists.
RELATED ARTICLES
australiadine alone recordsdz deathrays