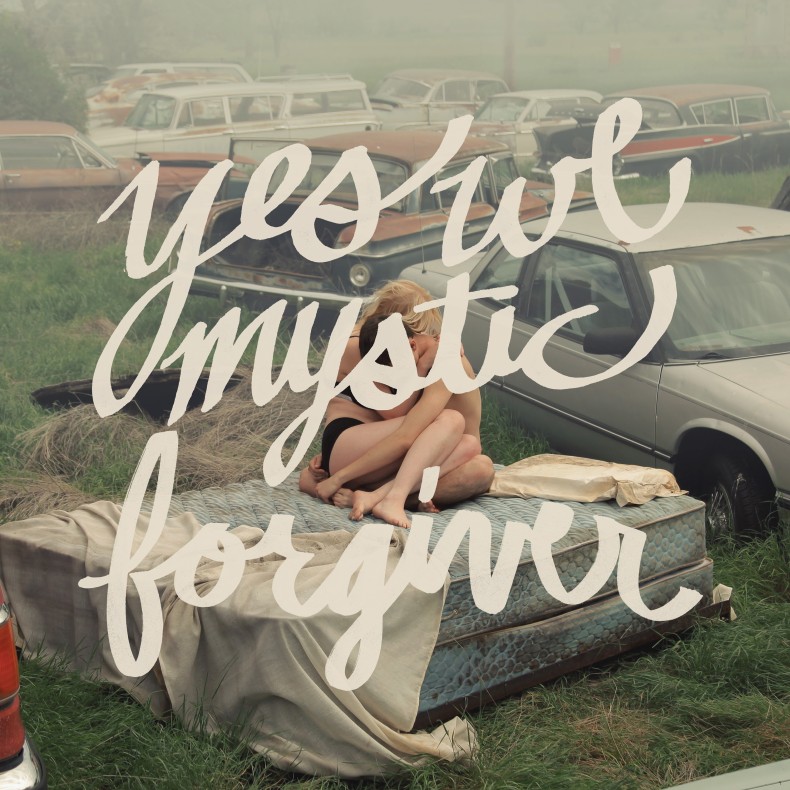 Delivering at times like a dive into a dark, warm ocean, and at others like a blast of icy water on bare skin, Yes We Mystic is a dynamic and emotional musical powerhouse. On April 29th, the Winnipeg-based band will release their debut full-length album, Forgiver. Full of lush, atmospheric guitar tones, delicately woven melodies, explosive drums, and aching lyrics, the record is a howling wind coming from a place of irrefutable honesty. Listen to No Harm for a taste.

Produced by Jace Lasek (Patrick Watson, Wolf Parade, Land of Talk), the album follows the band’s enticing 2015 two-song 7” EP, Vestige. Forgiver acts as the group’s sonic ‘Rosetta Stone’, laying out everything that they have picked up since their formation in 2011, as well as the innovative approach to songwriting that they have held with them since the beginning. Approaching genre as a tool rather than a barrier, the band takes instruments, ideas, and sounds from wherever they can to craft something that is all at once exhilarating, heartrending, pummeling, and grand. Hurling rock together with folk, hip-hop, and R&B, strings and mandolins together with synthesizers, pedals, samples, and vocal effects, they come up with songs that can mellow and groove but climb in an instant to towering, frenzied heights. Throwing opposites together has been a practice that they keep coming back to. The result is both unconventional and weirdly relatable.

1. The Contest of Strength
2. Undertow
3. No Harm
4. Monument
5. Working for the Future in the Interlake
6. The Contest of Wit
7. Odessa Steps
8. Born Into Language
9. Ceilings