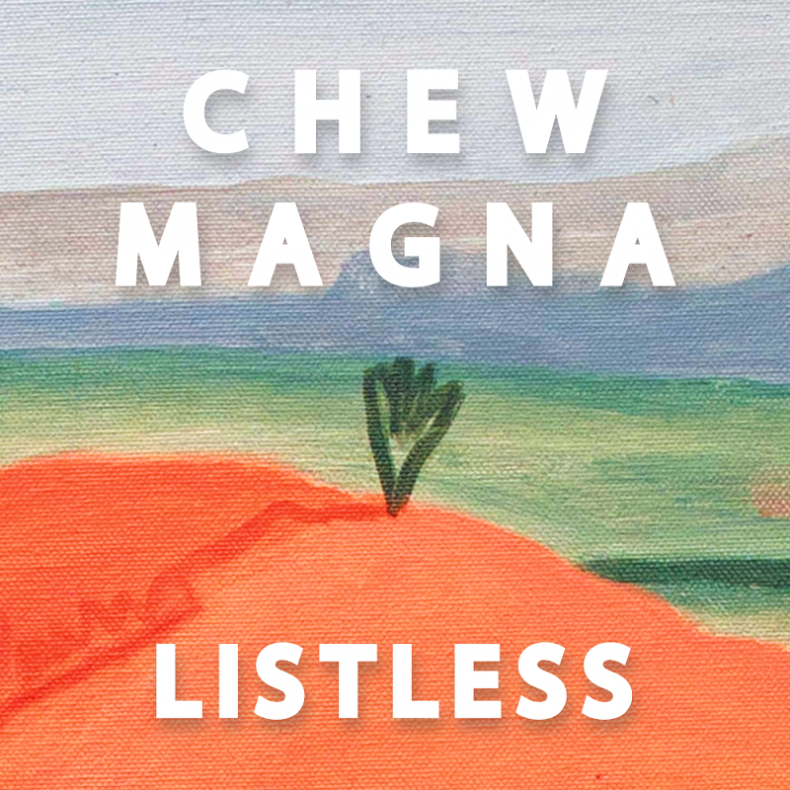 Teasing their forthcoming self-titled debut album, Manchester’s most uplifting cacophonous craftsmen Chew Magna, are serving up their own alt-rock antidote to lifelessness in the modern age with the ironically titled new single ‘Listless’ – complete with an unsettling self-made Lynchian-meets-Bo Burnham inspired video.

“Listless is mostly about wasting an abundance of potential,” guitarist and vocalist Laurie says, alluding to the track’s thundering chorus as it sharpshoots, “I’d kill for what you’ve got” to a motorik Krautrock groove. Recorded at Salford’s The White Hotel with SWAYS producer Martin Hurley, it is a restless and incendiary re-introduction to a band who have been busy cranking up the dial on their unyielding attack of guitar squall. “For this track we melded two songs together; you can hear the jam the main part came from,” Laurie reveals.

The first track to be unleashed (and the last to be written) from the four-piece’s upcoming album, the accompanying ‘Listless’ video was created and filmed by the band in a single day, in a cleared-out spare bedroom on zero budget. With each Magna member’s eyes covered and their senses heightened, slide projections and shadows dance across their turtlenecks and barefoot.

“The end result is delightfully odd,” says guitarist Simon who, alongside partner Annie, took the directorial lead. “The angles are quite Lynchian, driven by us using lighting in unusual ways to enhance the confines of the small space. It was a case of setting each scene with the things we had in the house and the dance adds a surreal, claustrophobic feel to the song’s already uncanny theme.”