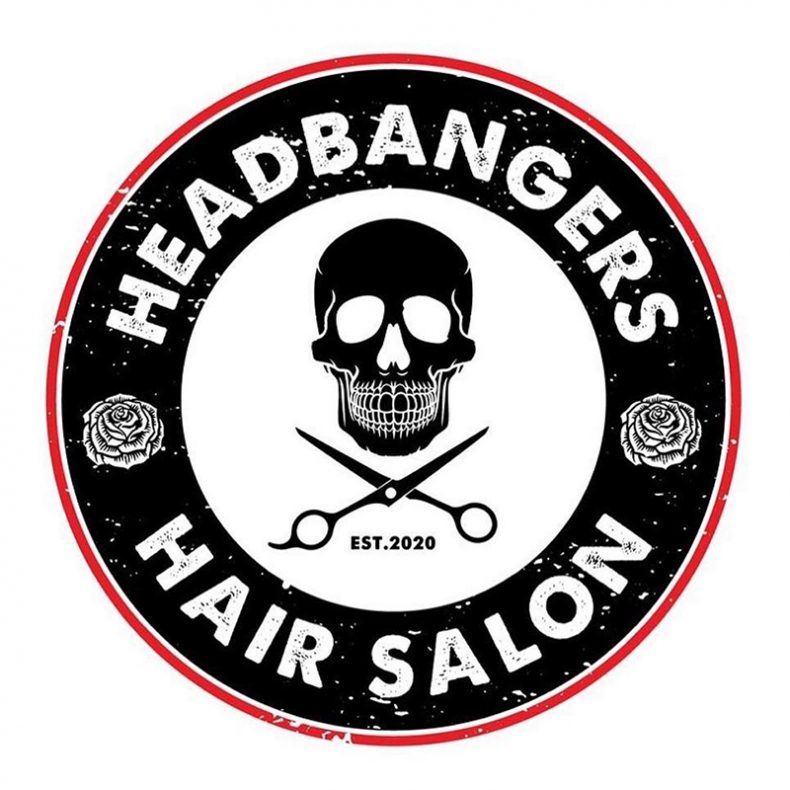 A CONVERSATION WITH SAVE TORONTO MUSIC VENUES & HEADBANGERS HAIR SALON

As the pandemic continues to drag on into 2022, artistic communities and independent businesses globally have struggled to keep their heads above water. In 2020 alone, it has been estimated that over 4000 independent businesses closed down, and those that have managed to remain open have had to push through the pandemic and various restrictions, often adapting creative solutions to stay relevant. Without live events, concert venues – particularly smaller clubs – have been hit hard which led the formation of Save Toronto Music Venues, a non-profit organization, formed by Ashley Cachia, working to support artists and venues in Toronto. Having done everything from booking sold out shows (when allowed), to selling T-shirts and a compilation CD, the STMV team has partnered with Allison Ruzicka of Headbangers Hair Salon for their latest creative venture. Speaking with Ruzicka, Cachia, and STMV’s Kyla Konopka, the three discussed their plans for their first ever joint event: Headbangers For S.T.M.V. 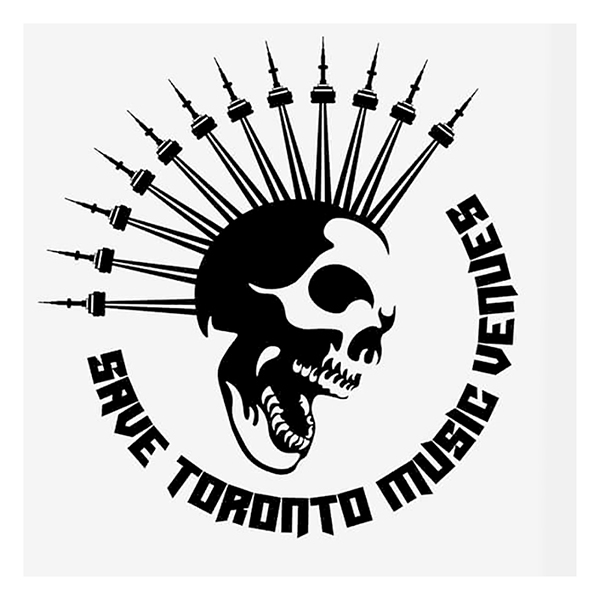 With over a decade in the industry and having trained in Hollywood and Long Beach, California, Ruzicka runs her studio in Toronto’s west end. The focal point of the room is the massive, floor to ceiling mural of Lemmy Kilmister to which Ruzicka proudly exclaims, “You’ve gotta have Lemmy up somewhere” to which we realized that we both share a very similar ace of spades tattoo. The statement piece perfectly depicts Headbangers’ vibe, with Ruzicka explaining, “it’s just me. This was the vision I had. I like rock and roll and ‘Headbangers’ just came to mind one day. It was literally a two-second decision.” Having opened her studio in early 2020, prior to the pandemic, Ruzicka can speak to the stark reality of operating an independent business in the last two years, “it was rough in the beginning. I got no government help – it was a shit show. A lot of businesses in the community, a lot of bars, helped me raise money to pay my rent. I wouldn’t be around if it wasn’t for them and my own hustle.”

Given Headbangers’ clear aesthetic and Ruzicka’s own experience, it is no wonder that she had connected with the STMV team with the goal of working together. On February 25th, Ruzicka hosted Headbangers For S.T.M.V. where all proceeds from the day went to support the venues that STMV works closely with – including The Bovine Sex Club, Sneaky Dee’s, Cherry Cola’s, The Opera House, and many more. Between selling merch, launching a CD compilation, and running charity shows, Save Toronto Music Venues has raised over $10,000 between the venues they support. Cachia is happy to report the day a success after rising over $1000. The “cutathon”, as Konopka has jokingly dubbed it, marks the first of hopefully more joint events between STMV and Headbangers. 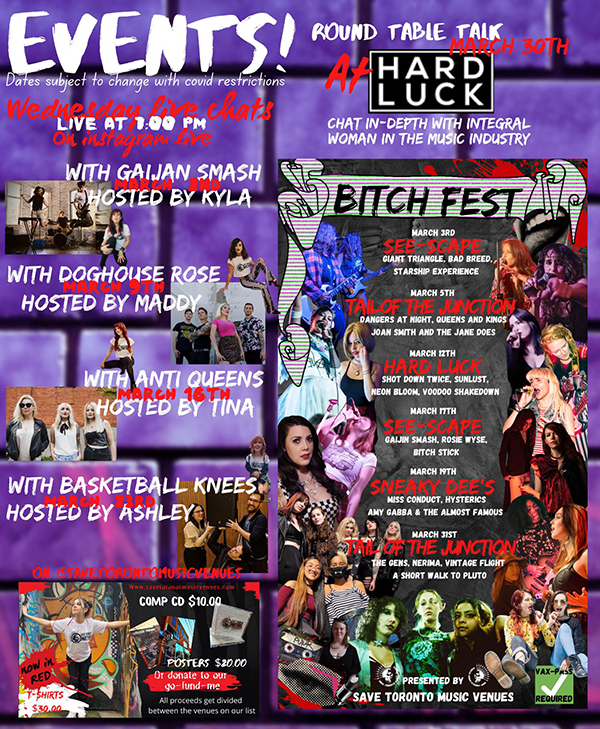 With no telling what the next year will bring, Headbangers For S.T.M.V. marks an important lesson in communal support. Toronto has a truly vibrant mosaic of musicians, artists, and independent businesses. This is something worth protecting and requires the support of those within the community and beyond. Speaking on the notion of supporting local, something that was heavily promoted by the media at the start of the pandemic, Cachia states “I think tit’s still there, but I think that you do lose something when it is not pushed. People have such short attention spans; if it’s not in your face, you can forget about it, but we can’t forget about it – we need to push it.” Adding to this, Konopka says “I think we need to be more conscious and treat re-entering normalcy with more purpose. When you’re on the fence – ‘do I wanna go out? Yeah I wanna go out!’ – We need to treat every show, every business as if they’re just starting out because, essentially, that’s what’s happening. It’s a full re-emergence… The world is just one big garage band that needs nurturing.”

Looking ahead of Headbangers For S.T.M.V., Save Toronto music Venues has shows booked throughout the rest of the year, stretching well into 2023. Of the many undisclosed plans they’re working on, Bitch Fest – a series of shows featuring female-fronted bands (including Queens And Kings, Shot Down Twice, Hysterics, and Miss Conduct, among many others) at The Hard Luck Bar – is quickly approaching with dates throughout March. Save Toronto Music Venues, with their growing network of venues, artists, and associated businesses – now including Headbangers Hair Salon – proves to be a truly vital asset to fostering and developing Toronto’s creative culture in the most necessary of times.

A passion for music has always been a part of Gerrod’s life. As a young boy, he was raised on a steady diet of the music from The Chili Peppers, Aerosmith, The Stones, Prince, and others from his mum. Raised in the GTA, Gerrod continued to foster his love for music by attending a wide range of concerts and learning the drums. His unapologetic passion for music has no bounds and has spread to a wide variety of styles, whether it be the 90’s rock that sound tracked his teenage years, the jazz he studied in university, or his newfound love for hip-hop. He recently received his bachelors in music and education from York University and is passionate about writing and reviewing good (and less than good) music. Gerrod is also the drummer and songwriter for a Toronto based rock & roll band, One In The Chamber.
RELATED ARTICLES
allison ruzickaashley cachiafeatures

SPILL NEWS: MUSIC IN TORONTO ‘CUTS’ IT’S WAY OUT OF THE LOCKDOWN