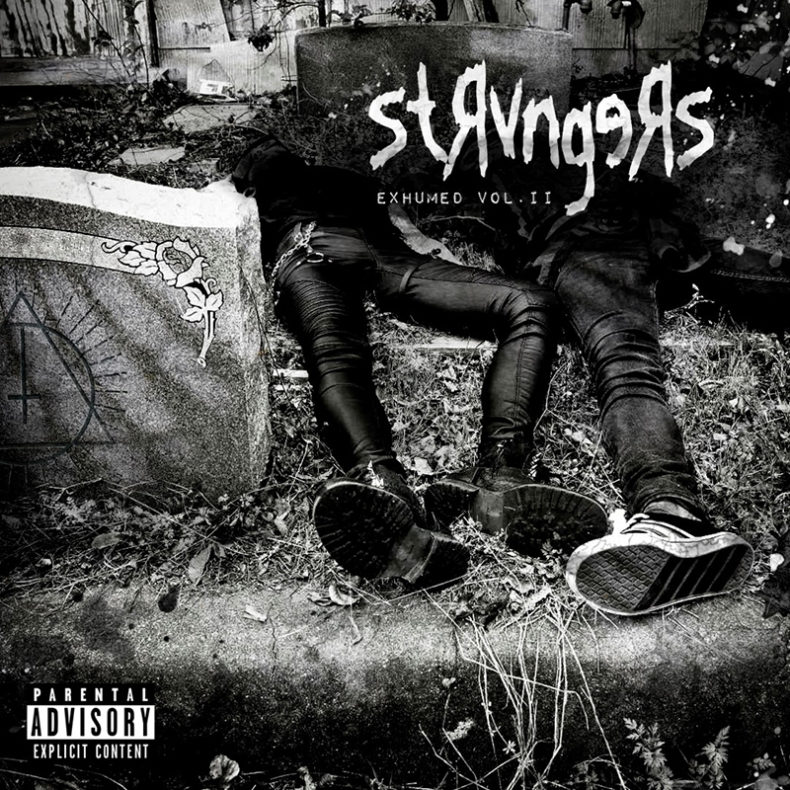 People Are Strvnge follows Strvngers on their first ever show in the United States, playing at the South By Southwest (SXSW) festival this past March as part of the Negative Gain Productions showcase. People Are Strvnge takes you on a journey into the world famous festival as you see it through Strvngers eyes. The documentary highlights some memorable experiences for the band and features some of their performance at SXSW. The documentary also dives into the origins of Strvngers and their love for Metal music and Horror movies. Vocalist Maria Joaquin explains why they made the documentary..

“We’ve been in so many bands, but never had a music project make it out of our city, let alone to SXSW. It’s why we don’t take any of this for granted, and it felt like an important moment in Strvngers to document. We’re really glad we did, we feel beyond fortunate to be able to share this experience with our Witches and Warlocks.”

Strvngers also announce the release of their new EP Exhumed Vol 2. The new EP features a previously unreleased song by the band along with remixes of tracks from their previous album Amor/Noir . Exhumed Vol 2 also features covers of classic songs such as Dancing With Myself (Billy Idol/Gen-X), Party All The Time (Eddie Murphy), Cry Little Sister (Gerard McMahon) Closer (Nine Inch Nails) and A.D.I.D.A.S. (Korn). Exhumed Vol 2 will be available as a free download on October 13th through Negative Gain.

by Talia Wooldridge on November 2, 2018
AEMCON – ALBERTA ELECTRONIC MUSIC CONFERENCE AEMCON, a.k.a. the Alberta Electronic Music Conference is gearing up for its third year November 15-18, 2018. It returns to [...]
7.0