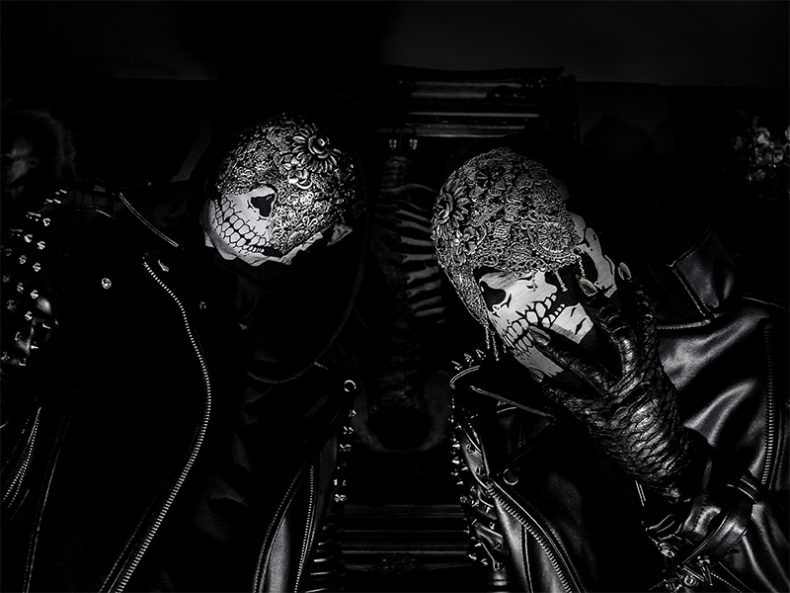 Strvngers is a band, two members actually, from a small town in Alberta. The two members of the band, Maria Joaquin (vocals) and KC (music) came together in 2015 and since then have already released two strong albums. Their music is best described as post-punk electronica with a solid dance beat and somewhat dark lyrics. The duo are back with a new album, Amor/Noir, set for release on April 20, 2018, through Negative Gain Records.

“We were strangers,” recalls Joaquin during our recent conversation. “Someone said I should check out this guy, KC. So I checked out his music and most of the songs were not my flavour, they were really good, but not my flavour, but I reached out to him anyway. So without even meeting we started working on songs via email. Honestly, I did not expect it to go this far. So we were literally strangers, so that became our name.”

“But then we discovered there were a lot of bands with the name The Strangers, so we became Strvngers, with an upside down ‘A” which became a ‘V’”. 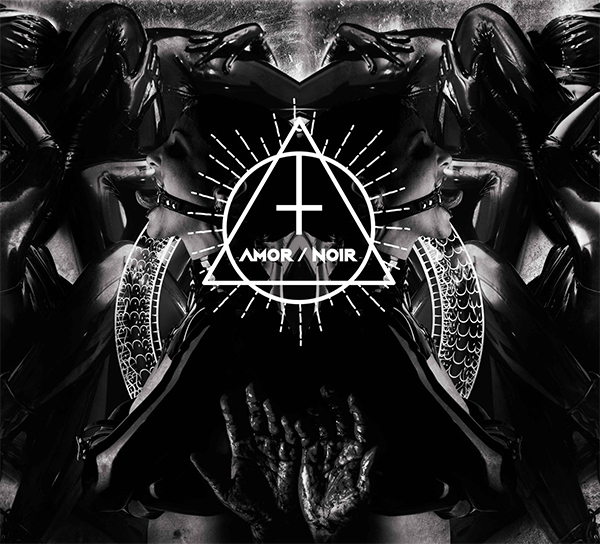 Strvngers’ style of writing and working together is quite interesting and unique. “I do all the instrumental production,” says KC. “I stockpile a lot of instrumentals, 15 to 25 tracks. Actually by the time we had come to the second album I had about 200 tracks banked. It is really nothing for me to pop out two or three a day.”

Joaquin then writes the lyrics, adds his vocals and they have a song. For the new album things got a  little darker for Joaquin.

“The title Amor/Noir comes from Spanish and French,” says Joaquin. “‘Amor’ is Spanish for ‘love’, and I am originally from Central America, so I have a Spanish background. ‘Noir’, is French for ‘black’, so ‘Black Love’ is the title. From the last album to this album, naturally it got darker.”

The first single off the album is the catchy and quite wonderful “This Is Not A Phase”. “The song is exactly what we wanted to get across,” says Joaquin. “It is a song for outcasts and misfits, that’s who we are. I mean in your daily life you wear a costume going to work and stuff. People  immediately question people who are different. So for the video we got our community to unite, it is our community, and we just filmed them.” 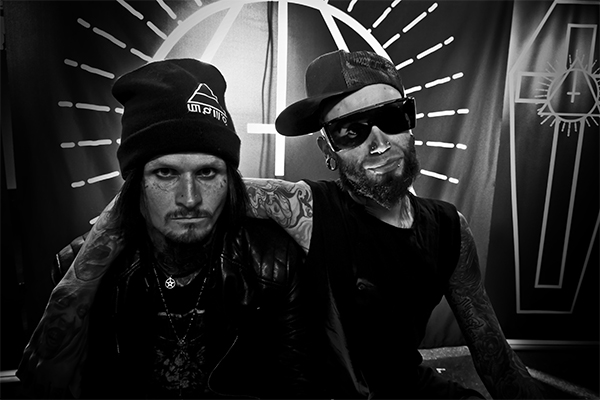 Although the band does not have top of the charts as their idea of success, they are anxious that the album does have an impact on their audience. According to KC, “we want people to take away a spark, connections with them music. We hope that it resonates with people and on some level they can connect with it. And if they dance to it, that is great! Our music is the underground top 40, dark pop. We have been working behind the scenes for three months, some of the songs are even older. We are looking forward to getting feedback.”

“Overall, you should do it for yourself. I mean this album is for us, we hope people like it, but we made it for us. It is like showing it to a friend, you know ‘does it suck?’. We hope people enjoy it and take something away. Maybe it can help them through a bad time, or they just enjoy the beats of the song, or it gets them through a workout. We hope it means something to the listener.”

Although the band does not have any touring plans at this time, they have some important dates coming up and just got back from playing SXSW in Austin, Texas. They are scheduled to play at Vancouver’s Verboden Music Festival and an Electronic Music Festival in the U.K.

“I mean, what the fuck? We are just small town folks, I will believe all of this is happening when I am there,” reports Joaquin.

Strvngers is one intense band. Their music is powerful, energetic and dark. If it does not ruin their reputation, they are two very nice and engaging people. Sure their roots are in 1980s goth, metal and horror films, but they are really very pleasant and enthusiastic. The album, AMor /Noir is available in April and it is an album well worth exploring.

“I am in my favourite band,” reports Joaquin. You are not alone in that opinion.

Born and raised in Whitby, Aaron discovered music through his love of The Beatles. This led to a career in radio, writing for various publications, and ultimately a radio show about The Beatles (Beatles Universe), which ran for over four years. When not immersed in music, Aaron enjoys spending time with the loves of his life -- his wife Andrea, and daughters Emily and Linda (all of whom have an intense love of music too).
RELATED ARTICLES
albertaamor/noirfeatures

by Talia Wooldridge on November 2, 2018
AEMCON – ALBERTA ELECTRONIC MUSIC CONFERENCE AEMCON, a.k.a. the Alberta Electronic Music Conference is gearing up for its third year November 15-18, 2018. It returns to [...]

by Aaron Badgley on April 20, 2018
Strvngers Amor/Noir Negative Gain Strvngers is a Canadian duo, and Armor/Noir is their third album, and perhaps their most accessible. Hailing from small town Alberta, Maria Joaquin (vocals) [...]
7.0