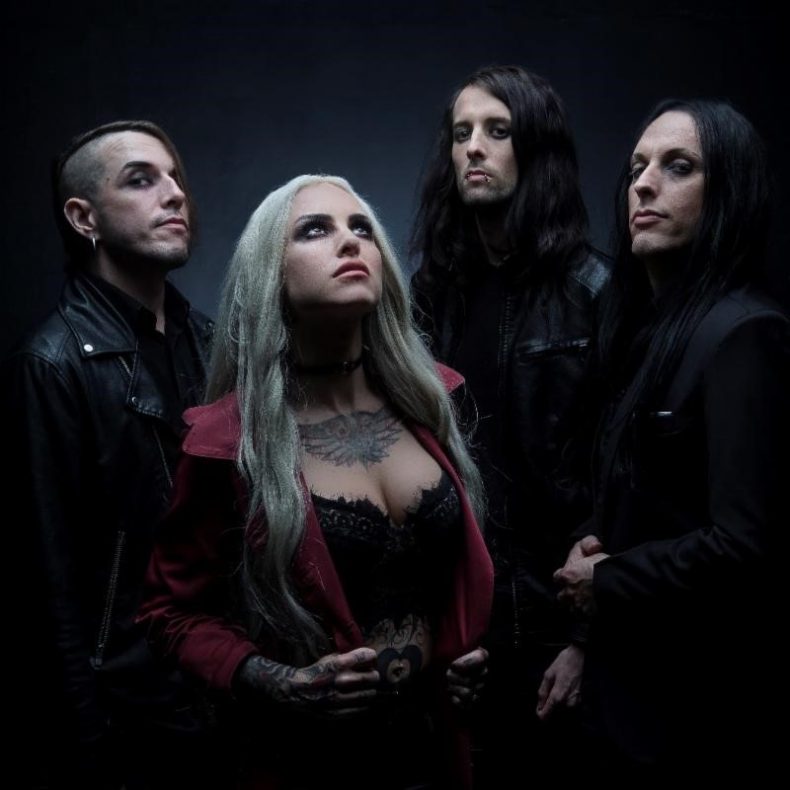 BAND TO TOUR WITH STEEL PANTHER

Female fronted hard-rock band Stitched Up Heart have just released their new track “Warrior” today. Check out the lyric video on YouTube, HERE. The track is off of the band’s forthcoming full-length album Darkness out spring 2020 via RED MUSIC.

“This song is dedicated to the soldiers who sacrifice everything to protect the ones they love,” states Stitched Up Heart frontwoman Alecia “Mixi” Demner. “To those who have seen things they can never come back from. To those who will defend no matter what the cost.”

In support of the release of “Warrior”, the band is partnering up with Guitars For Vets, a non-profit/charity, by selling a “Warrior” t-shirt. The t-shirts are available for purchase HERE. “Guitars for Vets is proud to partner with Red Music and Stitched Up Heart to help bring awareness to the physical, emotional and spiritual challenges that our Veterans face as a result of their service for us. We applaud Stitched Up Heart for bringing the healing power of music to their fans and beyond as we welcome them to the team as G4V Ambassadors,” co-founder of the organization, Patrick Nettesheim, states about the partnership.

Stitched Up Heart recently announce that they will be joining Steel Panther as direct support on their North American tour. Tickets are available for purchase on Stitched Up Hearst’s website, HERE.

The band is gearing up to release their highly anticipated sophomore album, Darkness, out Spring 2020 via RED MUSIC. Listen to “Lost” feat. Sully Erna of Godsmack, “Darkness“, and “Problems” off the upcoming full-length album, which was produced by From First To Last singer/guitarist, Matt Good (producer of Asking Alexandria and Hollywood Undead).