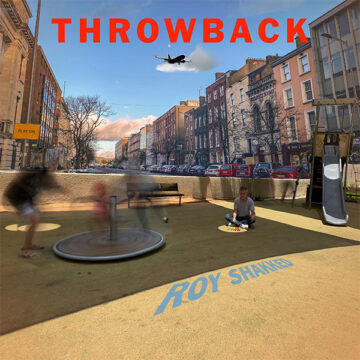 Since Steely Dan appeared in full force me 50 years ago, many other artists have tried to reach their almost inaccessible heights. They have sat with their combination of truly sophisticated infusion of jazz into rock and have reached some incredible literary heights with their lyrics.

Of course, not many have been able to come even close either because their music veered into the aural wallpaper of many smooth jazz artists, or their lyrics were not up to scratch. Here comes Roy Shakked, an artist that might not exactly be a household name and his album Throwback.

Now, it is not quite certain what Shakked refers with the title, but it is most probably a reference to his obvious reverence (and rightfully so) of both musical and lyrical heights Steely Dan has reached.

Yet, to be able to attain such a lofty goal you definitely need to have both the inventiveness and capabilities to do so, and Shakked obviously does. After all, many may have not noticed, but his music was already featured in the high exposure TV series such as Sex and The City Nip/Tuck, CSI Miami and others. Oh, and let’s not forget his stint as a video game music composer after graduating from Berklee College of Music.

Of, course, all these credentials wouldn’t amount much if Shakked didn’t come up with some highly sophisticated combination of rock, pop and jazz and some more than just competent lyrics. And he certainly did all that on this album.

by Aaron Badgley on July 22, 2022
Spore Heretic Hamfuggi Records Spore is a duo composed of Deborah Fialkiewicz and John Koser. Both are established artists in the world of electronic music and both have created some incredible art [...]
9.0